UNIVERSUM are an Australian based metal act. In mid 2008 the band released their debut full length epic 'Leto Destinatus'. The album was mixed and mastered in Sweden by Jens Bogren of Fascination Street Studios (SOILWORK, OPETH, AMON AMARTH) and features artwork by Gustavo Sazes of Abstrata (NIGHTRAGE, FIREWIND, SONIC SYNDICATE). Since the release of the album the band have been enjoying excellent reviews, great feedback and increased media attention, the most recent of which includes being featured on the UK's Metal Hammer and Terrorizer magazine cover CDs.

The Optimen are an Australian hip hop group, originating from Brisbane, Queensland.
The crew consisting of Sammsonite, Datsun, K-West and DJ Damage released their first album "02 Breath Control" in 2002. The album 02 Breath Control is a solid Hip-Hop journey with little emphasis on the battle style that seems to be so prevalent in Aus releases. They tend to focus on entertaining picture painting style tracks with solid but not too technical flows.

Clowns the Punk Rock band from Melbourne ,Australia has been touring non stop and writing since the start of 2009, they formed after two previous bands deceased, the musical geniuses then found each other, and which is now CLOWNS. They released there debut E.P on August 14th at the RATS Underground club in Melbourne, they have also gained alot of recognition from Triple J Unearthed and were even holding there track, Shes a Slut at a 2nd position on the charts, check out there latest E.P on there myspace at:

Seeker Lover Keeper is a band consisting of Australian singer-songwriters Sarah Blasko, Sally Seltmann and Holly Throsby. Their self-titled debut album was recorded in New York and will be released in June 2011. 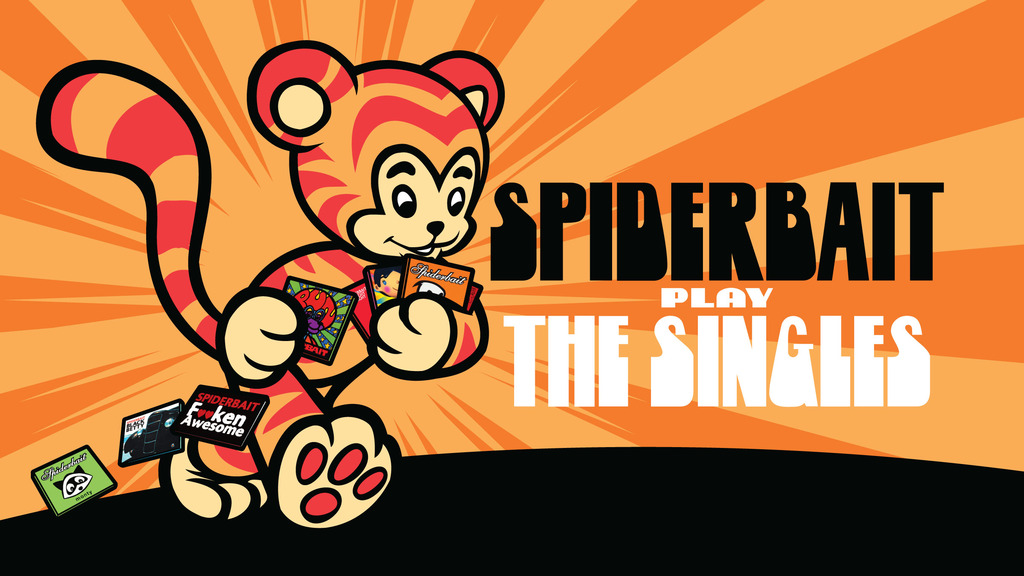 Spiderbait are an alternative rock band formed in 1991 in Finley, New South Wales, Australia which consists of Mark "Kram" Maher (drums, lead vocals), Janet English (bass, vocals) and Damien Whitty (guitar). They have had two top ten albums and another three albums reach the Australian top 40. Their song Buy Me a Pony was #1 on the Triple J Hottest 100 for 1996, and the group enjoyed success with their 2004 #1 Australian hit cover of Black Betty.

When you have as big a celebrity fan as Stephen King, you must be doing something right! The three-piece from Finley, New South Wales, Australia, often jump genres from disco-pop (Stevie, Calypso) to mutant dance (Arse Huggin' Pants) - in the course of a single album, no less. And yet, they still manage to rock like mofos (Shazam!, Outta My Head, and - of course - their cover of Black Betty).

The three band members Mark Maher or "Kram" (drums and vocals), Damien Whitty or "Whitt" on guitar and Janet English on bass/vocals come from the small town Finley in southern New South Wales where they jammed together in their youth.

The band moved to Melbourne, Australia where Kram was studying at the Victorian College of the Arts School of Music. The band played its first gig at a loungeroom for a friend's party. The band soon became part of Melbourne's punk scene playing gigs at venues like the Tote Hotel in Collingwood, Victoria. They released their first single Circle K on Au-Go-Go Records with an EP titled P'tang Yang Kipper Bang Uh! following in 1992. The band's first album Shashavaglava was released in 1992. 'Shashavaglava' means 'dickhead' in Croatian. This album featured the songs Old Man Sam and a cover of English comedians The Goodies' song Run.

Spiderbait signed with Polydor Records and released their first album with the new label, their second album overall, named The Unfinished Spanish Galleon of Finley Lake in 1995. The album reached #14 on the Australian charts with singles Monty and Jesus receiving extensive airplay on Triple J. The album title refers to an unfinished project by the Finley Rotary Club, which became a venue for teenage drinking in their home town.

Their third album Ivy and the Big Apples was released in 1996, reached #3 and sold over 180,000 copies in Australia. Their first single Buy Me a Pony received extensive airplay on Triple J resulting in listeners voting it as their favourite song of the year. The second single Calypso also achieved commercial airplay, and reached #13 in the Australian singles charts in 1997.

In 1998, Janet English and her then boyfriend Quan Yeomans of Regurgitator recorded an album as Happyland. Around the same time, Kram and Richie Lewis of Tumbleweed released their own side-project the Hot Rollers - so named as both member's mothers were hairdressers. The Hot Rollers only album (self-titled) was released through Polydor.

Spiderbait returned together in 1999 with the album Grand Slam which also debuted at #10 on the Australian album charts.

Despite good airplay for the Grand Slam singles Shazam! and Stevie, their 2001 album The Flight of Wally Funk was a commercial flop, only selling 20,000 copies. The album was recorded in Whitt's living room.

Spiderbait recorded the Tonight Alright album in Los Angeles with producer Sylvia Massy who had worked with acts such as the Red Hot Chili Peppers, R.E.M., Tool, System of a Down and Skunk Anansie. The first single Black Betty was a cover version of the old Leadbelly song which became a hit in 1977 when covered by Ram Jam. The single reached #1 after 10 weeks in the singles chart in May 2004 (after debuting at #12), and stayed there for three weeks, becoming their biggest selling single ever. The film clip featured a hot rod similar to the car on the ZZ Top Eliminator. The song also made the soundtrack to the Electronic Arts video game Need for Speed: Underground 2. Tonight Alright was released on 28 March 2004, and debuted and peaked at #14. The second single Fucken Awesome debuted in the top 30 on June 28 2004. Interscope Records signed the band in 2004 to distribute Tonight Alright in the US and UK.

At the 2004 ARIA awards, Kram performed as part of the supergroup The Wrights, featuring members of many other Australian rock bands.

In September 2005 they released a Greatest Hits collection to reveal their back catalogue to younger fans who were caught up by Black Betty. This debuted at #6 and received a Gold Accreditation.

The band went on hiatus March 2005 after bassist Janet English gave birth to her daughter and planned a cycling tour across Europe. More recently Kram had announced plans of a solo album to be released sometime in 2006.

On 18 November 2006 the band performed at the Queensland Council of Unions organised Rock the Vote! concert in Brisbane after a nine month hiatus from touring. Read more on Last.fm. User-contributed text is available under the Creative Commons By-SA License; additional terms may apply.

Reminiscent of Matthew Sweet in his prime, 78 Saab's lead singer, Ben Nash, has an impressively strong, sweet and clear singing voice. Combining Nash's distinctive voice with solid musicianship, intelligent lyrics and the ability to deliver as a live band make 78 Saab a classic Australian rock and rock band. In May and June 07, 78 Saab recorded and mixed their third album, The Bells Line, in Sydney with respected producer, Wayne Connolly. The album was release on September 29, 2007 in Australia.

BAG RAIDERS Sydney dancefloor princes Chris Stracey and Jack Glass have already built up a Bag Raiders hype storm. Here's why. "Fun Punch", the lead single from the Bag Raiders EP, was resolutely flogged by all those in the know and landed the duo on "best of 2007" lists and compilations galore. The Power Rangers inspired film clip received over 700,000 views on YouTube! The Raiders then forward-rolled into 2008 with the release of a second EP on the Bang Gang label, "Turbo Love".