Jane Clifton was a familiar face in the old Aussie soap, Prisoner. Cell Block H in other countries. She released music from a stage play she was involved in after Prisoner. 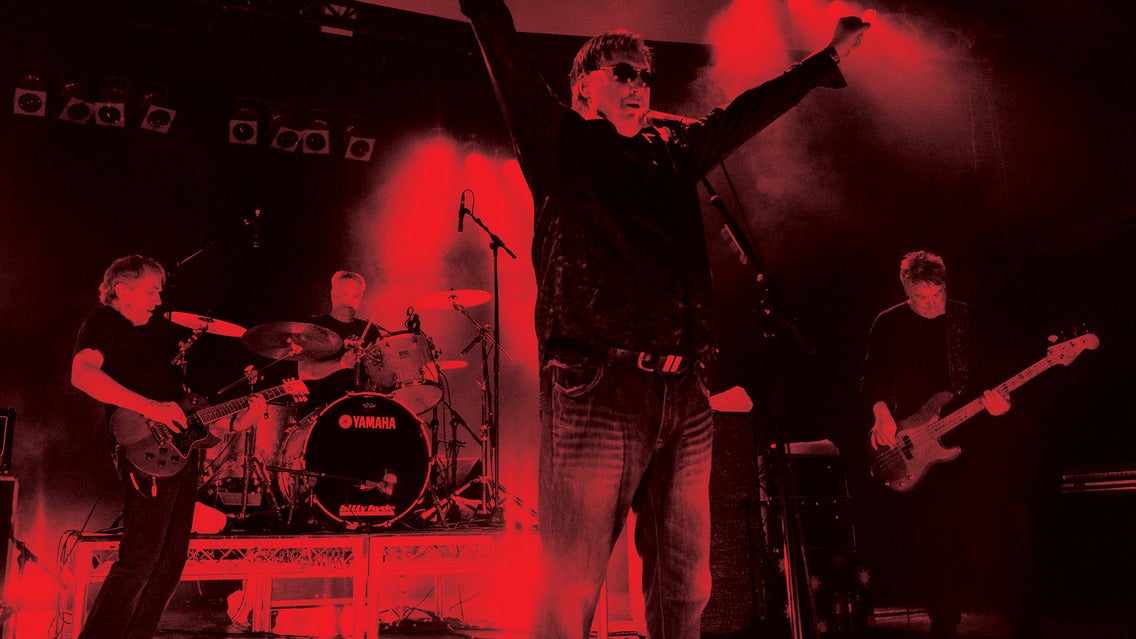 Sydney band Sunnyboys remain one of the most highly regarded and best-loved bands of the Australian post-punk era. Fronted by the enigmatic and youthful singer/songwriter and guitarist Jeremy Oxley, the band breathed some freshness and vitality into the Sydney music scene in the early 80s.

Essentially Sunnyboys wore their influences on their sleeve - The Remains, The Flamin' Groovies, The Kinks and The Beatles with a dash of Detroit muscle thrown in for good measure. They produced melodic power pop classics and were rewarded with an immediate positive response.

However, Jeremy Oxley's battle with schizophrenia plagued the band and Sunnyboys announced their break-up in June 1984. Their farewell tour produced the album "Real Live" which was recorded over two nights in Sydney (29th and 30th June).

In 1985, the French label Closer combined The Sunnyboys' first two albums as a double set entitled "Days Are Gone" for the European market.

In late 1987, Jeremy Oxley attempted to revive Sunnyboys with a new line-up. The new band signed a deal with RCA and released an album entitled "Wildcat" (produced by ex-Sherbet keyboard player, Garth Porter). The album failed to convince old Sunnyboys fans and the band broke up again in 1990.

In July 1991, Mushroom released the compilation album "Plays The Best" and the original line-up reunited for a national tour.

For more info see the band's MySpace profile and this. Read more on Last.fm. User-contributed text is available under the Creative Commons By-SA License; additional terms may apply.

Tina Arena (born Filippina Lydia Arena on 1 November 1967, in Melbourne, Australia) is an Australian singer and songwriter. Her career began at the age of seven when she was selected as a regular performer for the music television program Young Talent Time. As a child Arena attracted attention for the power of her voice, which was considered remarkable for such a young child. She was born to Italian parents and has a sister, Nancy (born 1961). Often billed as "Tiny Tina Arena", she was seen on weekly television singing and dancing the current pop hits.

All My Friends At Sea
Experimental/Hardcore band from the Sunshine Coast, Australia. http://www.myspace.com/allmyfriendsatsea

Grim Demise are a thrash metal band based in Newcastle, NSW, Australia. The band was formed by two ex-members of the now defunct band Seventh Eve, Richard and Luke (Pendo). They decided to leave because as the band's main songwriters they had begun to write material that, according to the other members, did not fit in with the band's melodic sound. Shortly after their departure, they began the search for a bassist.

Kisschasy is an Australian alternative rock band formed in Victoria, Australia in 2002. Since forming, their line-up has consisted of lead vocalist Darren Cordeux, bassist Joel Vanderuit, guitarist Sean Thomas, and drummer Karl Ammitzboll. The band has released three studio albums, two of which are gold certified, two extended plays, a documentary DVD and a compilation album in their 7 year career, selling in excess of 90,000 records.

New Single 'Lo-Fi' due out October 2011 Whilst Sophie Koh’s one-time wish to be a Playschool presenter never actually eventuated, she did manage to land herself on the set of Neighbours in 2010 for a musical cameo role. This opportunity led to a chance meeting with Australia’s indie-pop king, Ben Lee. A mutual desire to collaborate resulted in Sophie working with producer Brad Wood (Liz Phair/Pete Yorn/Smashing Pumpkins) at his leafy Seagrass studios in Los Angeles.

After almost 10 years and nearly 1000 shows, Melbourne power trio Antiskeptic have decided to finish their incredible journey this September. And what a journey it has been! Formed in the back of a record store in 1999, the band quickly rose to prominence through the strength of their energetic live shows and acclaimed recorded material. Hard working and independent, the band self-financed numerous EPs and albums including Memoirs of a Common Man (2001), Aurora (2003) and Monuments (2006).

Illy (born 1986) is an emcee from Melbourne, Victoria. With his solo repertoire forged in his two-volume mixtape (released in 2007 and 2008 respectively), Illy marches forward as the new voice in Generation Now hip hop. A writer, a lyrical activist, an observer, and a poet, he treks through the global jigsaw with firm optimism and understanding of its rollercoaster nature. Influenced by a kaleidoscope of artists from Nas to Bob Marley, Biggie to Bob Dylan...

The story of Starforge began in the year 2007 when Andy Suppradit decided it was time to unleash his own brand of melodic death metal upon the Australian metal scene. Inspired by the sounds of the Scandinavian scene and elements from Thrash, Death, Black and Power metal, Andy spent 2008 composing what would be Starforge's first demo 'Infinite'. Before the songs had been written, Josh Mcmaster was chosen to be the vocalist. This was a natural choice as Josh and Andy have been working together musically since 2004 through many projects including grindcore band Mutant On A Forklift.