Guy Sebastian is a successful Australian singer/songwriter whose recording career was launched spectacularly when he won the inaugural Australian Idol competition in November 2003. Since then Sebastian has released 5 studio albums which have been awarded 10 platinum & 1 gold accreditation for albums, and 8 platinum and 2 gold accreditations for singles. On his 5 albums, Sebastian has collaborated with many fine musicians/artists such as John Mayer, Steve Cropper, Robin Thicke, David Ryan Harris, Brian McKnight and most recently a duet with Jordin Sparks. 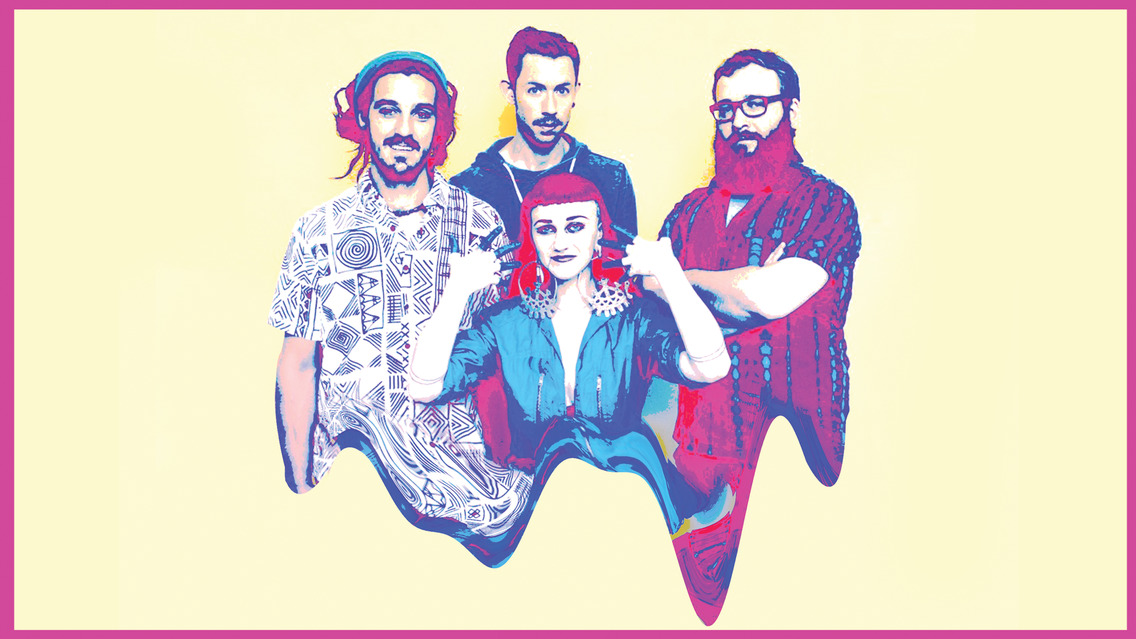 Hiatus Kaiyote are a 4-piece independent future soul group based in Melbourne, performing on occasion with 3 additional backing singers.

Their sound is a fusion of future beats, hip-hop and soul with subtler influences of Latin, dubstep and opera.

Since forming in mid 2011, Hiatus Kaiyote have already shared the bill with such acts as Stones Throw Recordâ€™s Taylor McFerrin, Warp legends Chris Clark and Harmonic 313 and sound genius Robin Fox, Brainfeederâ€™s Lapalux and oOoOO as well as playing bills at Woodford Folk Festival, Melbourne International Jazz Festival and headlined at stage at the final The Bohemian Masquerade Ball.

Hiatus Kaiyote's chief songwriter is Nai Palm, who pens intricate compositions, rich with colour and mystery. With her unique honey-velvet voice, she is supported by three of Melbourne's finest and most versatile musician/producers. Keyboardist Simon Mavin, who has graced the stage with such bands such as Australiaâ€™s premier soul outfit The Bamboos, rock jazz freakout crew Whitesploitation, reggae masters The Red Eyes and funk heavyweights The Firemen. Paul Bender on bass, laptop and guitar is a graduate of Miami Florida's indie, experimental and improvised music scenes, but with a passion for stank-funk basslines. Drummer Perrin Moss is a powerhouse of beats both jilted and slick and an experienced MC, producer, percussionist and turntabilist and is the former frontman of ten piece Blue Mountains hip-hop band Jumbledat, Perrin has collaborated with other crews such as Thundamentals.

In their short time as a band they have fused a unique sound held together by Nai Palm's smoke drenched vocals and innovative melodies, Simon Mavinâ€™s hands on knowledge of synthesizers, keyboards, Latin and jazz structures, Perrin Moss's slippery drum beats and soul clap rhythms and Paul Benders waterfall thumbs of bass guitar and sample wizardry.

Their first residency, held on Tuesdays at The Evelyn Hotel in Fitzroy Melbourne was extended from 4 weeks to four months due to popular demand. They sold out The Northcote Social Club for their EP launch (April 5th 2012) and received strong turnouts at Black Bear Lodge in Brisbane and Goodgod Small Club in Sydney as part of their debut tour in aid of the release.

They will be performing at SXSW in 2013, and have launched a crowd-sourcing campaign on Indiegogo to raise funds for the trip.

Allen Toussaint (born January 14, 1938) is an American musician, songwriter and record producer and one of the most influential figures in New Orleans R&B who was inducted into the Rock and Roll Hall of Fame in 1998. In the 1960s and 1970s, he was a prolific writer, producer and arranger, creating numerous hits for a variety of artists including Lee Dorsey, Robert Palmer, The Showmen, The Meters, Betty Wright, Solomon Burke and Willie West. He produced material for Dr John, LaBelle, Chocolate Milk and Aaron Neville amongst many more.

Janet Damita Jo Jackson (born May 16, 1966 in Gary, Indiana, United States) is an iconic Grammy award-winning, and Golden Globe and Academy Award-nominated American singer, songwriter, record producer, dancer, and actress. The youngest of the Jackson family, she initially stepped into the limelight in the family's 1974 Las Vegas production, 1976 television show, and later on her own as a television actress. At age sixteen in 1982, she signed a recording contract with A&M, releasing her self-titled debut album Janet Jackson that same year, followed by Dream Street (1984).

'18 year old Josh Jackson, now signed to Nu Urban Music, has been involved with music from an early age. Now with several 12" releases in the pipeline, and frequent radio and DJ support, he is now being recognised as one to look out for in the not to distant future. New release info will be coming soon as well as a December promo mix with Fred V!'
- http://www.myspace.com/grafixmusik

"the fingers malone ensemble" is the production and stage name of Colin O'Reilly, a musician, composer and producer from Fingal Head, Australia. He is now based in London. He is best known for his production and drumming for 'The Winnie Coopers' (Australian hip hop band) and, more recently, his drumming and MPC playing for Ash Grunwald (Australian blues artist). His solo work is varied and ranges from live jazz arangements to fully programmed hip hop style beats. Although much of the work sounds like samples almost no samples are used.

This Los Angeleno R&B Singer of Japanese American descent is about to hit the Industry unexpectedly! You may remember her vocally competing on Power 106 w/ DJ Felli Fel "Soul Call Finalist", Crowned the "Neighborhood Idol" by a Celebrity Panel on Big Boy's Neighborhood, & a frequent vocalist on the Steve Harvey Morning Show. She already has had record spins in Spain, Italy, UK, Sweden, Netherlands. She recently released her first album titled, "Live On Virtuous Energy (L.O.V.E.) and has gotten praise from many blogging sites and local DJs.

Patrice Wilson is a Nigerian singer and songwriter and co-founder of ARK Music Factory in partnership with Clarence Jey. He also adopted the name Pato as a stage name for his various performances. Patrice Wilson's father was a chemical engineer and his mother a church minister. He studied at Zamani College, Wilson Prep. School, and Essence International School in Nigeria. Wilson's musical beginnings were when he sang in his mother's church and helped out with youth programs at the local Christian school.

A respected session and sideman, British blues pianist and composer Jon Cleary has worked with rock, blues, and soul artists like Bonnie Raitt, D'Angelo, Maria Muldaur, Taj Mahal, and Eric Clapton. Originally a guitarist, Cleary began playing at age five, and started his first band at 15. Raised on blues, jazz, and soul records, his love of new orleans blues and jazz in particular took him across the ocean after he graduated from art school.

Deep Street Soul are funk DJ & drummer Sol Loco, bass player & soul aficionado Papa ‘J’ Hunter, Cropper lovin’ Matt ‘Guitars’ Green and queen of the keys, the very groovy Ms. Monique. Formed in early 06’ with then man of the 6 string Trev D, deepstreetsoul were all about recapturing some old skool southern flavors they’d all DJ’ed over the previous decade. Inspired by the breakout of nu funk throughout Europe & the States (not forgetting Osaka Monaurail and Melbourne’s own - The Bamboos) they hit the clubs.