NEW SKINN are a Melbourne based hard rock band who were formed by drummer Anthony (Xman) and ex guitarist Leigh in 2002. NEW SKINN was later joined by ex ‘Against the grain’ bassist/b.vocalist Chris aka ‘Greekman’ and ex ‘Next of Kinn’ lead vocalist/rhythm guitarist Phil G. And now recently, Joe Greco takes the reins on lead guitar! NEW SKINN have been categorised with bands such as Butterfly Effect, Karnivool, Pearl Jam and many others, however the four piece say that they just sound like NEW SKINN.

"WOW, such an uproar over the name people!! Perhaps this resistance to change is bred from a place of genuine curiosity (because the unknown is our greatest fear, right?!?). So.... it’s my job in the next few paragraphs to alleviate your panic, here it goooooooes. First of all, stop freaking out. You’re being ridiculous. Thank you. Secondly, this name change was born because of some transitions in the members of this band. 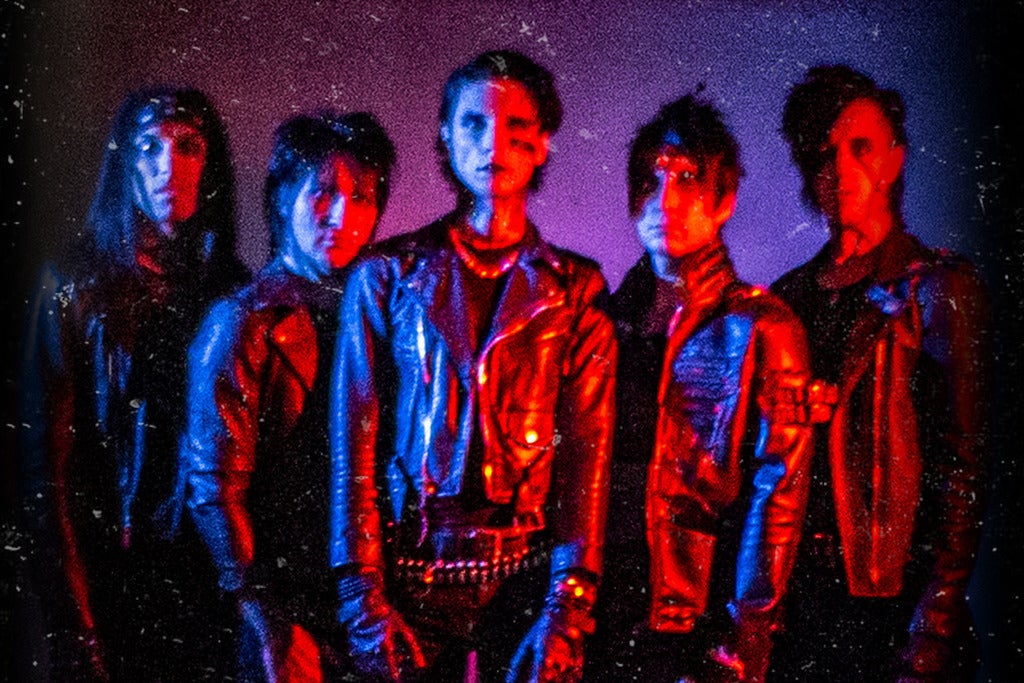 Black Veil Brides is an American hard rock/glam rock band based out of Hollywood, California and formed in 2006 in Delhi, Ohio . The group is composed of Andy Biersack (vocals), Ashley Purdy (bass, backing vocals), Jake Pitts (lead guitar), Jinxx (guitar, violin) and Christian (CC) Coma (drums). Released on StandBy Records, the band's debut album, We Stitch These Wounds was released in July 2010 and sold nearly 100,000 copies in its first week, ranking at #36 on the Billboard Top 200 chart, and #1 on the Billboard Independent chart. Black Veil Brides are known for their distinct appearance, mainly being inspired by Kiss's famous stage persona as well as numerous 1980s glam metal acts.

On June 14, 2011, Black Veil Brides released their second album, "Set The World On Fire", via label "Lava Records". This is the first album to feature new drummer, Christian Coma.

We are a band from Brisbane, Australia We have a cd-ep, split 7" and a 12" and have 11 songs to record in the second week of may this year (2010). Influences were much more solid in the beginning and although we are still very much inline with them we now listen to absolutely anything we can get our hands on. Hopefully it will show on the album! Please download anything you want. Landscapes CD-EP: http://www.mediafire.com/?z3m1xlmpywe Ohana Split: http://www.sendspace.com/file/m4n4bp/ To Work and Not Feed:

Underoath (occasionally typeset as underOATH or UNDERØATH) is an American Grammy Award-nominated band originally formed on November 30, 1997 in Ocala, Florida, but since then, have re-located to Tampa, Florida, which was home to some of their newer members. The band's line-up consists entirely of Christian members. They are currently signed with Solid State Records, a subsidiary of Tooth and Nail Records, and are the label's most popular group.

Potentailly one of the raddest bunch of dudebros to make music in Australia..Making the perfect mix of mosh,swedish death metal, hardcore, post hardcore and sensible pop melodies the Amity Affliction is hard to beat. The Amity Affliction is: Vox- Joel
Guitar- T(roy)
guitar-??????
bass/vox- Ahren
Drums/Vox- Ryan
Keys- Trad-ical
www.myspace.com/theamityvilleaffliction
for merch, show info, contact ETC.
Touring with Coma Lies in early June, a Band not to be missed

Emery is a post-hardcore/rock band currently signed to Tooth & Nail Records. They have performed at the Cornerstone Festival in Bushnell, Illinois, and they have performed on the Warped Tour lineup, they also accompanied Underoath on their Australian tour in June 2007. They were also featured at Spirit West Coast's "Rock the Park" festival in Chino, California. Emery was formed in 2001 in Rock Hill, South Carolina when four recent college graduates decided to pursue music full-time.

There are at least three bands with this name: "Broadway(FL) burst back into the scene in 2007 with the release of their self titled EP. Recorded and produced by Lee Dyess (From First to Last,Chasing Victory, Mayday Parade) the cd showcases the many sides of the band. The powerful drums are the backbone to the cd, and the guitars and vocals can only be described as melodic yet intense. The EP is lined with music that goes from a beautiful masterpiece, to a creative and unique destruction in a matter of seconds, all while somehow keeping the focus on the catchy vocals.

There is more than one artist named Circuits: 1. A hardcore band from Melbourne, Australia. 2.Brought together in the summer of 2006, Circuits are Ben, Nick, Nick Jnr and Simon. This London four piece’s frantic, twitching, spiky guitar pop looks to the new wave sound of the late 70s and combines it with a distinctly modern twist to create something special. Citing The Police, Elvis Costello and Paul Simon as their major influences, Circuits claim to bring new and different proposition in their music.