Kurt Vile & the Violators are a rock band from Philadelphia PA, United States. The band draws influences from lo-fi, psychedelic and classic rock. Founded by frontman Kurt Vile (guitar, vocals), the band currently consists of Jesse Turbo (guitar, slide), Mike Zeng (percussion) and Adam Granduciel (guitar, bass). Kurt and Adam have played music together ever since the early 00's with each one contributing to the other's projects, most notably in The War on Drugs which is fronted by Granducial.

A ) Axolotl is the project of karl bauer. karl uses violin, vocal, and other instrumental music often by using electronic processing
http://www.myspace.com/axolotl B) Axolotl’s Abrasive (1981) Ettiene's Brunet project with Jacques Oger on tenor and baritone saxophone, and Marc Dufourd.
Oger and Brunet plays an avant-garde jazz that is also mindful of contempory music figures such as Stockhausen and Boulez.

The Gaslamp Killer is a Los Angeles-based DJ whose eclectic style ranges from psychedelia and world music to dubstep and left-field hip-hop. Associated with Flying Lotus' Brainfeeder Records, he made his production debut in the late 2000s with a series of EPs. Born William Benjamin Bensussen, he originally comes from San Diego, CA, whose downtown Gaslamp District's bar scene inspired him to name himself the Gaslamp Killer in disgust for much of the patronage.

The Black Angels are a psychedelic rock band from Austin, Texas, formed in May 2004. Their name derives from the Velvet Underground song "The Black Angel's Death Song". Hannah Levin's review of the Black Angels album, Passover, described them as "Walking in the shadows cast by Spacemen 3 and Spiritualized mastermind Jason Pierce" and compared them to The Warlocks and Black Mountain, also invoking "dirges" reminiscent of both The Velvet Underground and the 13th Floor Elevators. The band's icon is a stylized image of Nico. 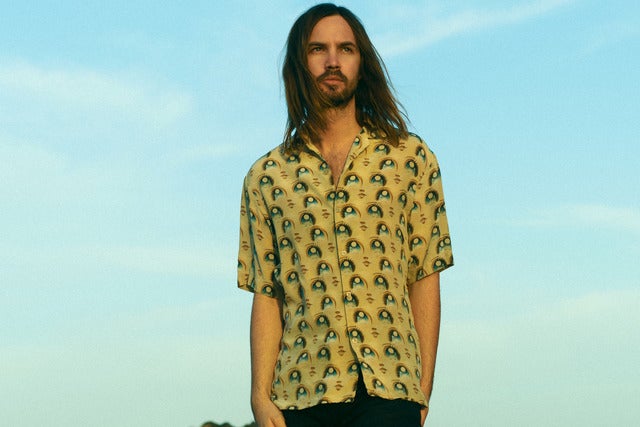 Tame Impala is a psychedelic rock band from Perth, Australia. It is the project of Kevin Parker who writes and records almost all of the music by himself. The live band consists of Kevin Parker (lead guitar and vocals), Dominic Simper (guitar and synth), Jay Watson (synth and backing vocals), Julien Barbagallo (drums), Nick Allbrook (ex-bassist) who decided to leave the band mid 2013 and is now being replaced by their close friend, Cam Avery (from The Growl).

Their name refers to the impala, a medium sized antelope. Their musical sound draws from a wide range of influences (most notably '60s and '70s psychedelic rock) and they like to see themselves as "a steady flowing psychedelic groove rock band that emphasizes dream-like melody."

The band signed a worldwide deal with label Modular Recordings in mid 2008, releasing their self titled EP in late 2008 and the single 'Sundown Syndrome' in 2009. Their debut album, "Innerspeaker", was released in 2010 to widespread critical acclaim. Their sophomore, "Lonerism", was released on October 5th, 2012, again to wide acclaim. Their third album, "Currents", followed in the summer of 2015.

A fourth studio album, The Slow Rush, is scheduled to be released in 2020. Read more on Last.fm. User-contributed text is available under the Creative Commons By-SA License; additional terms may apply.

The Money Go Round is a psychedelic rock band from Sydney, Australia. Their main influences are the Arctic Monkeys and The White Stripes. Their lineup is as follows: Jonathan Vassallo - vocals
Rohan Wilcox - guitar/vocals
Evan Wilcox - guitar/vocals
Marco Ramires - bass
Nicholas Bucholtz - drums The Money Go Round made their debut with 'Silicon Girl' and in late 2012 released their song 'YAYAYA'.