There are five bands with a similar name: 1. "The Chariot" The Chariot is a metalcore band signed to newly formed label Good Fight Music after putting out their prior three studio albums through Solid State Records. The Chariot was formed in 2003 by ex-Norma Jean front man Josh Scogin. Their debut full length album "Everything Is Alive, Everything Is Breathing, Nothing Is Dead, And Nothing Is Bleeding" was recorded entirely in one take, and was unmastered, which gave it more of a raw feel that was very similar to their live sound.

In 2010, they changed their name to Coma Lies NC. Coma Lies are a tech-hardcore/metal band from Newcastle, Australia. They recorded a four-track demo in 2005 before beginning to record their debut EP for Skull and Bones Records in 2006. This period showed much change to the style of music Coma played and a drastic change in their lineup; guitarists Mat Taylor and Luke Pollock (who recorded the guitar tracks for the EP) and drummer Chad Palmer were replaced. 2007 saw the long awaited release of A Churchwell Killing and an intense touring schedule which is still underway.

San Jose, California based HeavyHeavyLowLow was formed in 2004, and gained notoriety largely through word of mouth, internet hype and extensive touring. The quintet consisted of vocalist Robbie Smith, guitarists Ryan Madden and Danny Rankin, and brothers Chris and Andrew Fritter (drums and bass, respectively). Their album "Everything's Watched, Everyone's Watching", an eleven song session of metal/thrash/hardcore/grindcore recordings, was released on New Weathermen records, an imprint of Ferret, in September of 2006.

Acid Snake is a Metallic Hardcore band from the Gold Coast/Brisbane in QLD, Australia. Beginning in early 2010, the only current release is the 'Pariah EP', released in March 2011. Influences range from 108, Trap Them, Converge, Entombed and Tragedy etc but also touch on other styles such as doom metal. Current Lineup

Dubiously labeled a "Tech metal", or "Math Rock" band, Five Star Prison Cell offer a different and non-conformist approach to songwriting. Brutally heavy, Dark and forboding with the ability to switch time, pace, genre and style at the drop of a hat; Adam, Cam, Mark and Marc take great pleasure in constantly challenging themselves while at the same time serving up a dish of fresh new and always evolving ideas to their unsuspecting but ever growing fan base.

Periphery is an American progressive metal band from Bethesda, Maryland, formed in 2005. History
Formation and Lineup Changes (2005 - 2009)
Periphery was formed by guitarist Misha Mansoor in 2005. He slowly gained a reputation on the Internet, primarily via a regularly-updated Soundclick account, Meshuggah and John Petrucci forums, and the sevenstring.org message boards. Before and during Periphery's tenure in the metal scene, Mansoor developed a reputation for doing his own audio production, the majority of which was performed with a home computer and a Pod XT during this period.

Since their inception, The Matador have continued to cast themselves apart from the Australian mainstream of heavy music by pushing the boundaries of sound experimentation. Their progressive and dark undertoned layers of music range from down tempo, complex soundscape arrangements to epic, driving walls of earth crushingly heavy guitars, drums and vocals. With an imminent EP release on the way, expect to see The Matador continue to push these boundaries.

There is more than one artist with this name: 1.) New Yorkians Antarctica transcend the realm of consciousness into a world entirely their own. They build upon the dark overtones and the gloomy pop sensibility of The Cure and Slowdive while taking epic steps in new aesthetics. Their albums gesture to Antarctica's ability to blend melancholy and joy in epic structure. Vocalist Eric Richter once also fronted the influential emo band Christie Front Drive and has gone on to be in The 101 and Golden City.

February 8 2007: The trashy nightclub had sold out hours before hand. The supports have been and gone. The lights were dim and there was a hum amongst the crowd. Friends had been talking about the first show for well over a year. The anticipation was swelling as people were jostling for position. When the first stomach-churning chord rung out there was no denying things would be different from that point on. 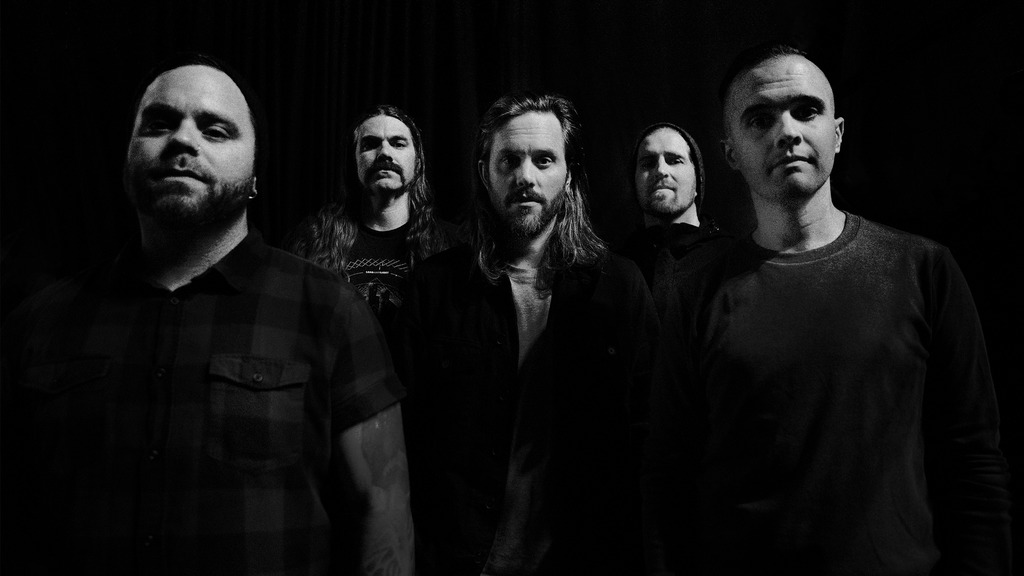 Between the Buried and Me is a progressive metal band from Raleigh, North Carolina, comprised of former members of metalcore acts Prayer For Cleansing and Glass Casket. They have recorded seven albums in addition to a covers album and an EP. Their style is diverse, with influences ranging from thrash, death metal, jazz, math rock and melodic hardcore, to progressive or experimental artists such as Dream Theater, Mike Patton, King Crimson, Queen, and The Mars Volta.

Members include vocalist/keyboardist and co-founder Tommy Giles Rogers, Jr. (Thomas Giles; ex-Prayer For Cleansing, Undying, From Here On); lead guitarist and co-founder Paul Waggoner (ex-Prayer For Cleansing, Undying); Glass Casket guitarist Dustie Waring and drummer Blake Richardson; and bassist Dan Briggs (Trioscapes, ORBS). Formed in 2000, the band signed to Victory Records in 2003, before catching the attention of Metal Blade Records and singing to that label in 2012.

In late 2014, it was revealed that the band was writing material for their seventh original studio album, "Coma Ecliptic," described on the band's twitter as a "rock opera." Recording began in early 2015 with long-time producer Jamie King, and it is scheduled to be released on Metal Blade records on July 7, 2015. The first single, "Memory Palace", was made available in April.

Their material consists of the following albums: