SIN CITY, the name stands since 15 years for high voltage AC/DC styled rock 'n' roll in germany. Like there idols from down under, the five guys from Zweibrücken (germany) know how to rock a small club or every big event! Since over 350 gigs in the last years the boys know what SIN CITY stands for: HIGH VOLTAGE LIVE ROCK SHOW
The big point in SIN CITY is singer Porty Portner, with his great rock voice. "You hear him sing and you know his voice is unique!" is only one thing we heard about all the years.

Nobuo Uematsu (Born March 21, 1959) is best known for his composition for the Squaresoft (now Square Enix) games company throughout the 1980s and 1990s, most notably on the Final Fantasy series of games. Composing all his work on the keyboards, he has been hailed as one of the most popular and beloved composers of video game soundtracks. Uematsu enjoyed commercial success with the track "Eyes on Me" from Final Fantasy VIII, performed by Hong Kong singer Faye Wong.

From the series Band of Brothers Based on the men in 101st Airborne who fought together to stop the Nazi onslaught during World War II and became one of the most higly decorated units to have ever served anywhere.

Disney Characters is used as a general “placeholder artist” for songs from Disney movies, series, theme park, storyteller and / or song albums. Usually it is used if no definite artist credits are available, however there are a few soundtrack releases or compilations with songs from soundtracks which actually credit “Disney Characters” as artist in the official liner notes. If this non-artist appears in your charts, please fix your tags. 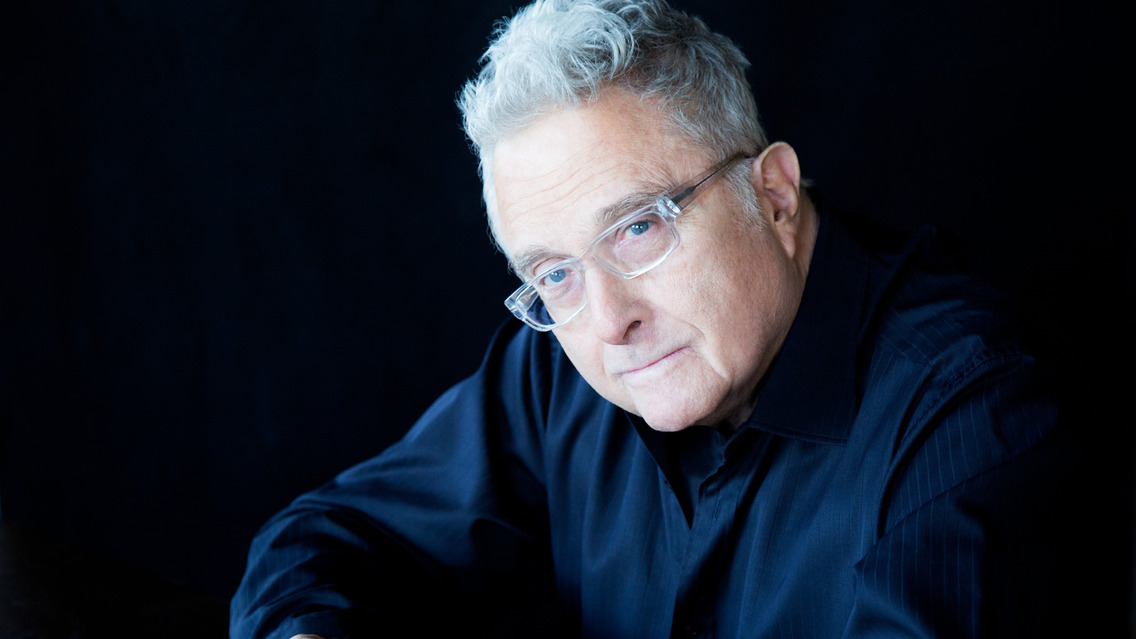 Randall Stuart "Randy" Newman (born November 28, 1943) is a singer/songwriter, arranger, composer, and pianist who is notable for his mordant (and often satirical) pop songs and for his many film scores.

Newman is noted for his practice of writing lyrics from the perspective of a character far removed from Newman's own biography. For example, the 1972 song "Sail Away" is written as a slave trader's sales pitch to attract slaves, while the narrator of "Political Science" is a U.S. nationalist who complains of worldwide ingratitude toward America and proposes a brutally ironic final solution. One of his biggest hits, "Short People" was written from the perspective of "a lunatic" who hates short people. Since the 1980s, Newman has worked mostly as a film composer. His film scores include Ragtime, Awakenings, The Natural, Leatherheads, James and the Giant Peach, Meet the Parents, Seabiscuit and The Princess and the Frog. He has scored six Disney-Pixar films: Toy Story, A Bug's Life, Toy Story 2, Monsters, Inc., Cars and most recently Toy Story 3.

Newman grew up in a musical family with Hollywood connections; his uncles Alfred and Lionel both scored numerous films. By age 17, Randy was staff writer for a California music publisher. One semester short of a B.A. in music from UCLA, he dropped out of school. Lenny Waronker, son of Liberty Recordsâ€™ president, was a close friend and, later, as a staff producer for Warner Bros., helped get Newman signed to the label.

Newmanâ€™s early songs were recorded by a number of performers. His friend Harry Nilsson recorded an entire album with Newman on piano, Nilsson Sings Newman, in 1970. Judy Collins (â€œI Think Itâ€™s Going to Rain Todayâ€), Peggy Lee (â€œLove Storyâ€), and Three Dog Night - for whom â€œMama Told Me (Not to Come)â€ hit #1 - all enjoyed success with Newmanâ€™s music.

Newman became a popular campus attraction when touring with Nilsson. His status as a cult star was affirmed by his critically praised debut, Randy Newman, in 1968, which featured his own complex arrangements for full orchestra, and later by 1970â€™s 12 Songs. He also sang â€œGone Dead Trainâ€ on the soundtrack of Performance (1970). Live and Sail Away were Newmanâ€™s first commercial successes, but his audience has been limited to some degree because his songs are often colored by his ironic, pointed sense of humor, which is rarely simple and frequently misunderstood.

Good Old Boys, for example, was a concept album about the South, with the lyrics expressing the viewpoint of white Southerners. Lyrics such as â€œWeâ€™re rednecks, and we donâ€™t know our ass from a hole in the groundâ€ made people wonder whether Newman was being satirical or sympathetic. He toured (to Atlanta and elsewhere) behind the album with a full orchestra that played his arrangements and was conducted by his uncle Emil Newman.

Little Criminals, in 1977, contained Newmanâ€™s first hit single, â€œShort People,â€ which mocked bigotry and was taken seriously by a vocal offended minority. â€œBaltimoreâ€ from that album was covered by Nina Simone. Following that albumâ€™s release, Newman toured for the first time since 1974. He claimed that in the interim heâ€™d done nothing but watch television and play with his three sons. In 1979 his Born Again featured guest vocals by members of the Eagles. In 1981 Newman composed the soundtrack for the film Ragtime (the first of many soundtrack assignments) and was nominated for two Oscars (Best Song, Best Score). His 1983 album, Trouble in Paradise, included guest appearances by Linda Ronstadt, members of Fleetwood Mac, and Paul Simon, who sang a verse of â€œThe Blues.â€ That albumâ€™s â€œI Love L.A.â€ became something of an anthem, thanks in part to a flashy music video directed by Newmanâ€™s cousin, Tim Newman (who went on to shoot popular videos for ZZ Top, among others). Land of Dreams (#80, 1988) spawned a minor hit in â€œItâ€™s Money That Mattersâ€ (#60, 1988). It would take Newman 10 more years to make another studio album, 1999â€™s critically acclaimed Bad Love. With that record peaking at #194, he continues to meet his biggest success in Hollywood, where he spent most of the â€™90s becoming one of the townâ€™s most sought-after film composers. Although the material on his own records is literate and biting, the songs he writes for movies are decidedly simpler and with a sunnier outlook - and they usually meet with more success. Both â€œI Love to See You Smileâ€ from Parenthood and â€œWhen She Loved Meâ€ from Toy Story 2, for instance, were nominated for Oscars; in 1998 alone, Newman garnered three Oscar nominations for three different movies.

In 1995 Newman wrote a musical adaptation of Goetheâ€™s Faust. Both the play and the accompanying CD (which featured guests such as Bonnie Raitt, Linda Ronstadt, Elton John, Don Henley, and James Taylor in the role of God) were commercially unsuccessful. In 2000 he received the Billboard Century Award. Read more on Last.fm. User-contributed text is available under the Creative Commons By-SA License; additional terms may apply.

Melbourne has the longest continuous history of orchestral music of any Australian city and the MSO is the oldest professional orchestra in Australia, celebrating its centenary in 2007.
The MSO performs to more than 250,000 people in Melbourne and regional Victoria in over 150 concerts a year. The Orchestra has performed with renowned artists such as Igor Stravinsky, Mariss Jansons, Isaac Stern, Yehudi Menuhin, Jessye Norman, Artur Rubinstein, Mstislav Rostropovich, Hakan Hagegard, Geoffrey Lancaster, Emanuel Ax, Jeffrey Tate, Sumi Jo, and Nigel Kennedy.

Yann Tiersen (born June 23, 1970 in Brest, Brittany, France) has been honing his musical aesthetic since he could stand on two legs. He started learning piano at the age of four, taking up violin at the age of six and receiving classical training at musical academies in Rennes, Nantes and Boulogne. Then, at the age of 13, he chose to alter his destiny, breaking his violin into pieces, buying a guitar and forming a rock band.

Audio artist Barry Adamson started out as bass player for British punk band Magazine, however, he's since carved more of a name for himself equally for being a founding member of Nick Cave and the Bad Seeds and also for composing a large chunk of the score of David Lynch's Lost Highway. Adamson's solo work varies heavily between Film Noir and classic to industrial rock, whilst taking in everything in between, making him almost impossible to pigeonhole.

Nobuo Uematsu (Born March 21, 1959) is best known for his composition for the Squaresoft (now Square Enix) games company throughout the 1980s and 1990s, most notably on the Final Fantasy series of games. Composing all his work on the keyboards, he has been hailed as one of the most popular and beloved composers of video game soundtracks. Uematsu enjoyed commercial success with the track “Eyes on Me” from Final Fantasy VIII, performed by Hong Kong singer Faye Wong (Wang Fei - 王菲).