What’s in a name?
Quite a lot actually. And sometimes not much at all. The Hebrew name Sarah indicates a woman of high rank and is sometimes translated as “princess”, described in the Hebrew Bible and the Qu’ran as the wife of Abraham. It also means “lady.” One Point Five, in this case, is a measurement in metres In a rather obscure nutshell, this brings us to the origins of Melbourne duo, Princess One Point Five; a marriage of seemingly unrelated elements that come together to spawn a sassy, clever, and deeply idiosyncratic little outfit. 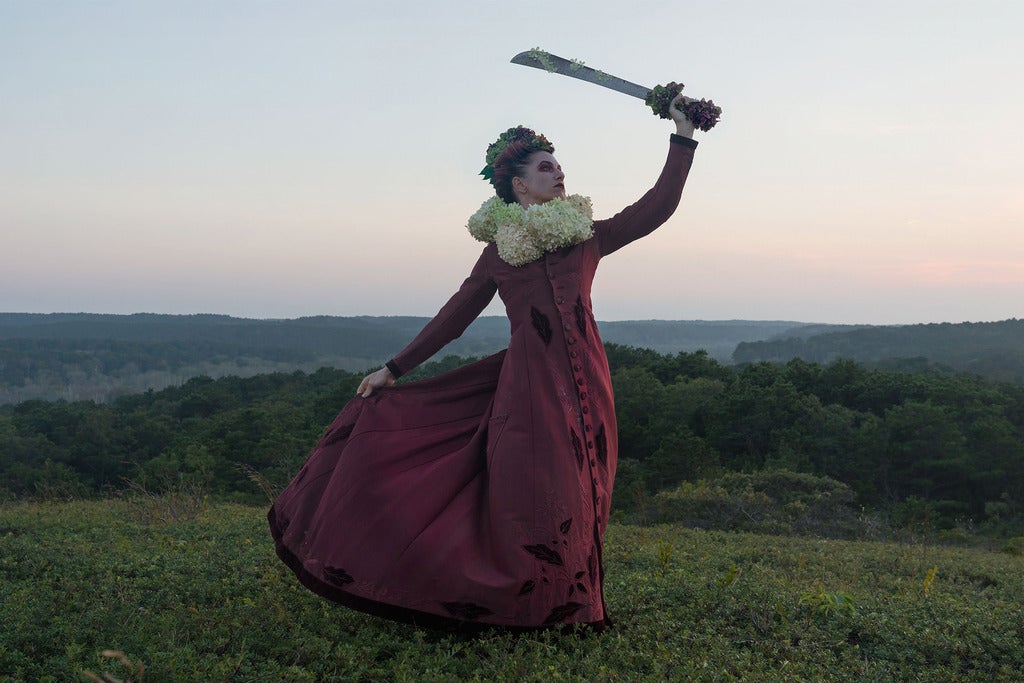 Amanda MacKinnon Gaiman Palmer is an American vocalist, pianist and performance artist, best known for her work as one half of The Dresden Dolls. Born in 1976, she grew up in Lexington, Massachusetts and received her B.A. from Wesleyan University. She attended Lexington High School, where she was very involved in the drama department. Amanda sometimes has Lexington High School students perform drama pieces at her shows. Before she was in the Dresden Dolls, she was in a band called "Amanda Palmer and the Void". In October of 2000, she met Brian Viglione, a drummer; together they formed the Dresden Dolls.

Amanda has performed as a living statue called â€œThe Eight Foot Brideâ€ in Harvard Square as well as in many other locations.

Her solo album entitled â€œWho Killed Amanda Palmerâ€ was released in September 2008, and was produced by Ben Folds, who also appears on the album. ZoÃ« Keating also appears on several tracks.

In 2009, she pleaded with her label, Roadrunner Records, to drop her from their roster. She has been vocal about this in interviews and in concert, even dedicating a song called "Please Drop Me" that is sung to the tune of "Moon River."

On January 15, 2010, writer Neil Gaiman announced on his official blog that he and Palmer were engaged to be married.

On March 30, 2010, the album "Evelyn Evelyn" was released, as a collaborative work with Jason Webley.

On July 20, 2010, Palmer released a solo EP of Radiohead covers, entitled "Amanda Palmer Performs The Popular Hits of Radiohead On Her Magical Ukulele".

In January of 2011, Palmer and Gaiman announced that they were now legally married. Palmer also released a new studio album, Amanda Palmer Goes Down Under.

On January 21, 2011, Palmer released "Amanda Palmer Goes Down Under, an album with an Antipodean theme featuring songs that Palmer wrote about, or while in, Australia and New Zealand. Artists the album features include The Young Punx, Brian Viglione of The Dresden Dolls, The Jane Austen Argument, Mikelangelo and the Black Sea Gentlemen, and Lance Horne.

In March of 2012, Palmer announced a formation of a new band called "Amanda Palmer and the Grand Theft Orchestra." They first released a cover of Nirvana's song "Polly." In May 2012, she raised over 1 million dollars to fund the release of the band's new album, "Theatre is Evil," via Kickstarter. The album was released in September of 2012. Read more on Last.fm. User-contributed text is available under the Creative Commons By-SA License; additional terms may apply.

Sophie Michelle Ellis-Bextor (born 10 April 1979) is an English singer, songwriter and model. She first came to prominence in the late 1990s, as the lead singer of the indie rock band theaudience. After the group disbanded, Ellis-Bextor went solo, achieving widespread success in the early 2000s. Her music is a mixture of mainstream pop, disco, nu-disco, and 1980s electronic influences.
Ellis-Bextor has released four solo albums: Read My Lips, Shoot from the Hip, Trip the Light Fantastic, and the recent Make a Scene, which was released on April 18, 2011.

Buffy Sainte-Marie (born 20 February 1941) is an Academy Award-winning Canadian First Nations musician, composer, visual artist, educator and social activist. She was born on the Piapot Cree reserve in the Qu'Appelle valley, Saskatchewan. She was later adopted and grew up in Maine and Massachusetts. She went on to earn a Ph.D. in Fine Arts from the University of Massachusetts and also holds degrees in both Oriental Philosophy and teaching.

Kate Nash (b. 6 July 1987) is a singer/songwriter/pianist/guitarist from Harrow, North London, England, best known for the UK #2 hit "Foundations". Growing up in Harrow, London, Nash first became interested in music during her childhood when she learned to play the piano. She attended St. John Fisher school and moved onto the St. Joan of Arc School in Rickmansworth. Her talents were harnessed further when she wrote songs for her GCSE in Music and her time studying at the BRIT School for Performing Arts and Technology in Croydon, South London.

Kathleen "Katie" Brien, better known as Katy B, (born 1989) is an English singer-songwriter and a graduate of the BRIT School. She is a dubstep, rnb, funky, house and uk garage singer and has also performed under the name Baby Katy. She was born in Peckham, South London. Having been offered "major label deals" in 2009, she released her first single with the label Rinse in 2010. The same year, she completed a degree in Popular Music at Goldsmiths, University of London.

“Experimental punk-metal that you can dance to” – Christine Cassis, Rolling Stone Magazine Ouch My Face is a three-piece experimental punk band from Melbourne via rural Australia, who left home to avoid lives spent working in timber mills and butcher shops. Diminutive front-woman Celeste Potter cuts through the pummelling rhythm section like a diamond tipped chainsaw with her trademark banshee-like howls and chaotic lead guitar style.

There are more than one artists by this name: 1. MoOt: A British songwriter, his Demo album can be found on Jamendo:
http://www.jamendo.com/en/artist/MoOt 2. Moot: A Gaelic/Experimental/Folk band from the Isle of Man.
http://profile.myspace.com/index.cfm?fuseaction=user.viewprofile&friendi...

Jenny and Johnny first started working together in Los Angeles in 2005, after being introduced by Conor Oberst. Rice had traveled to Nebraska to make his first record before moving to L.A., where Lewis was beginning work with Mike Mogis on her solo debut Rabbit Fur Coat. They both ended up playing on each others recordings, and struck up a lasting creative relationship. Rice joined Lewis’ band for the Rabbit Fur Coat world tour in 2006, and has played live with Lewis at every show of her solo career thus far.

Pieta Brown's own blend of folk, rock, country and blues has garnered numerous comparisons to musical forbearers like Rickie Lee Jones, Bobbie Gentry, and Bob Dylan. Lyrically and musically poetic, Brown's deceptive simplicity and seductive purity combine to create songs that meet somewhere between the Carter Family and Tom Waits. Pieta's purity goes deep into the heart, summoning up feelings of safety and longing, both at the same time.