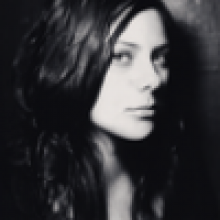 Anika Moa (born 21st May 1980) is a singer-songwriter from Christchurch, New Zealand. While still at school in Christchurch, Moa entered the 'Smokefree Rockquest'.
She received a record deal with Warner Music in New Zealand and Atlantic Records in New York. The record company had big commercialized plans for her - which conflicted with her brash down-to-earth personality. Overall Moa did not enjoy her time in America and returned to base herself in New Zealand. Her first album was released in 2001.