Vintage Trouble, based in Los Angeles, is the brainchild of Ty Taylor (vocal) and Nalle Colt (guitar). Combining their love for original soul and rhythm & blues, the two set up a basic home studio in Venice Beach and started crafting the beginnings of Vintage Trouble. Already a friend of both, Rick Barrio Dill (bass) came along and added his shared bass influences and energy into the newly formed project. 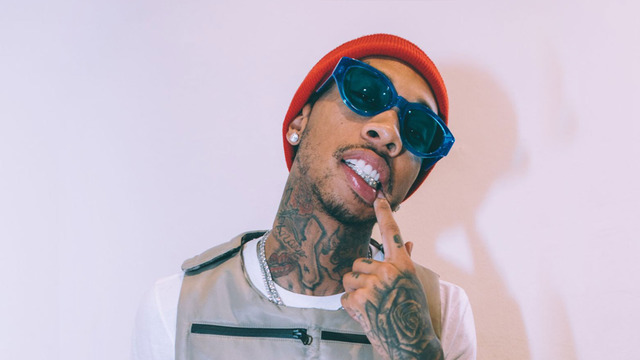 John Stephens (born December 28, 1978 in Springfield, Ohio), better known as John Legend, is a Grammy award winning R&B singer-songwriter, multi-instrumentalist, poet and actor signed to Kanye West's G.O.O.D. Music label. Prior to the release of his debut album Get Lifted in 2004, Legend's career gained momentum through a series of successful collaborations with multiple established artists such as Jay-Z, Alicia Keys and Lauryn Hill. He released his second album, Once Again in 2006, and his latest release, 2008's Evolver showcased a more experimental and upbeat side of Legend.

Israel Ka'ano'i Kamakawiwo'ole was born May 20, 1959 to Henry (aka Tiny) KaleiAloha Naniwa Kamakwiwo`ole Jr. and Evangeline Leinani (Keale) Kamakawiwo`ole. He lived the first 10 years of his life in Palolo Valley on O'ahu. Then the family moved to Makaha. He started playing music with his older brother Skippy when he was just 11 years old. But that isn't surprising, as Israel came from a musical family. His uncle is Moe Keale, a living legend in Hawai.

Labrinth (b. Timothy McKenzie), is a UK rapper, singer-songwriter & producer (currently, signed to Syco). He rose to national fame in 2010, for his work with Tinie Tempah, on: chart-topper Pass Out & #2-hit follow-up Frisky. Let The Sun Shine, Labrinth's début solo single, was released on September 27th 2010 and debuted at #3 on the UK Singles Chart after a highly publicised chart battle with long-time collaborator Tinie Tempah.

Peter Hernandez (born October 8, 1985 in Waikiki, Hawaii), better known by his stage name Bruno Mars, is a Filipino-Puerto Rican American singer-songwriter, producer and multi-instrumentalist signed to Atlantic Records. He is most well known for singing and co-writing the hooks for the #1 hit Nothin' On You by B.o.B, and Billionaire by Travie McCoy; he also co-wrote the international hits Right Round by Flo Rida and Wavin' Flag by K'naan.

At least two artists share the name Nick Charles, a soul musician and DJ and a guitarist. 1. Nick Charles was a DJ and recording artist on the Stax-Volt soul label.

Naturally Seven is an internationally recognized capella group, based in New York. Their a capella style is referred to as "Vocal Play". Members are Garfield Buckley, Rod Eldridge, Warren Thomas, Jamal Reed, Roger Thomas, Dwight Stewart, and Armand "Hops" Hutton. Every sound heard during a performance (even the guitar) is produced by the vocal abilities of each member. They supported Michael Bublé on his "Call me Irresponsible" tour.