The Kill Devil Hills are a 6 piece country, swampy blues band from Perth, Western Australia. Their 2004 release Heathen Songs was followed in 2006 by The Drought, an album which has been widely praised by local reviews. The multi-award-winning group spent the best part of 2009 completing their third album, ‘Man, You Should Explode’ released nationally in September 2009 through Torn and Frayed/Shock.

Lucinda Williams (born January 26, 1953) is an American rock, folk, and alt-country songwriter and singer. A three-time Grammy Award winner, she was named "America's best songwriter" by TIME magazine in 2002. Williams has garnered considerable critical acclaim but her commercial success has been moderate. She has a reputation as a perfectionist and as a slow worker when it comes to recording; six years passed between the release of her second and third albums. However, she frequently makes guest appearances on other artists' albums and contributes to compilations and soundtracks.

Jedd Hughes grew up in the small south Australian town of Quorn. His father loved the sounds of Australian traditional country singer Slim Dusty and American icons such as Johnny Cash and Marty Robbins. When he wasn't listening to music at home,
much of his childhood was spent onstage. At age 8, he won first place at the Port Pirie Country Music Festival. One year later, his dad gave him a few guitar lessons, and by age 10, he was playing a custom-made acoustic guitar. 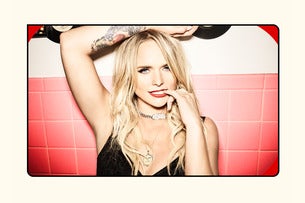 Miranda Leigh Lambert (born November 10, 1983 in Lindale, Texas) is a country singer-songwriter who gained fame as a finalist on the 2003 season of USA Network's talent competition Nashville Star.

Both of her parents are private investigators, but father Rick is also a country guitarist and songwriter. Lambert became seriously interested in country music after attending a Garth Brooks concert as a young girl, and soon began singing in talent contests under the tutelage of her father.

At 16, Miranda began appearing on the Johnny High Country Music Review in Arlington, Texas, the same show that helped launch the career of LeAnn Rimes. Miranda quickly landed a recording session in Nashville, but left the studio in tears after she became frustrated with the "pop" sound of music that was not her own. Upon returning to Texas, Miranda began writing songs and taking guitar lessons from her father.

When Miranda's aptitude for music became apparent, her parents encouraged her to aggressively pursue singing and acting opportunities. While still a high school student, Miranda made her professional singing debut and fronted the house band at the Reo Palm Isle Ballroom in Longview, Texas, a long-running venue that has showcased Elvis Presley and Willie Nelson.

Foregoing college, Miranda performed throughout Texas in 2001 and 2002. She finished first in the Texas auditions for Nashville Star and eventually placed third on the national competition.

On September 15, 2003, she signed with Sony records. She has since released three studio albums, 2005's Kerosene, 2007's Crazy Ex-Girlfriend, 2009's Revolution and 2011's Four The Record; all four of which debuted at #1 on the U.S. Billboard Top Country Albums chart. Kerosene,Crazy Ex-Girlfriend and Revolution have been certified Platinum by the RIAA.

Miranda Lambert has release a total of fourteen singles, which includes five Top 20 hits; of these, Kerosene and Gunpowder & Lead have been certified Gold singles by the RIAA.

Miranda was nominated for and won the "Album of the Year" award at the 2008 Academy of Country Music Awards for her latest album Crazy Ex-Girlfriend. Read more on Last.fm. User-contributed text is available under the Creative Commons By-SA License; additional terms may apply.

Carus Thompson could easily take a well earned break. Either solo or with his band Carus & the True Believers he has toured the world relentlessly for the last ten years, garnering substantial followings in the U.K, Germany, France and Australia. He has sold over 30,000 CDs independently, supported luminaries such as Dave Matthews, Damien Rice, Jack Johnson, John Butler and The Waifs and been a regular a many of the major festivals.

Purveyor of the <a href="http://www.last.fm/tag/bakersfield%20sound" class="bbcode_tag" rel="tag">bakersfield sound</a>, country singer-songwriter Dwight Yoakam grew up in Columbus, Ohio before first heading to Nashville and eventually west to Los Angeles, and bought a place in Bakersfield, CA near his idol & mentor <a href="http://www.last.fm/music/Buck+Owens" class="bbcode_artist">Buck Owens</a>. Active as a recording artist since the early 1980s, Yoakam has appeared in films, on over thirty charting singles on the Billboard Hot Country Songs chart, and a plethora of albums and compilations selling well in excess of 20 million units worldwide.

Accomplished and well-seasoned, Jenny Biddle is one of the most versatile songwriters of her time. With her blistering guitar excursions and heartfelt touch to the piano, the songstress combines her jaw-dropping skills with her fruitful ear for melody, and humble, straight-to-the-core lyrics. Topping it off with her infectious, soulful voice, Jenny offers a vivacious performance that captivates her audience, whether it be beautiful non-nonsense folk, down and dirty blues grooves, rockin’ piano riffs, or an intimate moment of reflection.

Steve Wold, more commonly known as Seasick Steve, is an American bluesman, although he rather would be called "a song and dance man." He plays guitars (mostly personalised), and sings. When asked about his nickname, Steve said: "because it's just true: I always get seasick." He is a 21st Century blues man, who reaches back to the old traditions but also has a punk sensibility, and a gravelly, soulful voice.