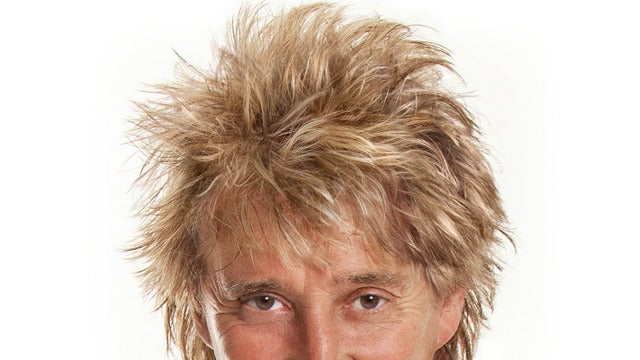 Roderick David "Rod" Stewart, CBE (born 10 January 1945) is a British singer-songwriter born and raised in London, England and currently residing in Epping. He is of Scottish and English lineage.

With his distinctive raspy singing voice, Rod Stewart came to prominence in the late 1960s and early 1970s with The Jeff Beck Group (1967-1969) and then Faces. He launched his solo career in 1969 with his dÃ©but album An Old Raincoat Won't Ever Let You Down (US: The Rod Stewart Album). His work with The Jeff Beck Group and Faces proved to be influential on the formation of the heavy metal and punk rock genres, respectively. Both bands were also pioneers of blues-rock.

With his career in its fifth decade, Stewart has achieved numerous solo hit singles worldwide, most notably in the UK, where he has garnered six consecutive number one albums and his tally of 62 hit singles include 31 that reached the top 10, six of which gained the number one position. He has had 16 top ten singles in the USA, with four of these reaching number one. He has sold over 130 million records worldwide, and is one of the best selling British singers of all time. He was voted at #33 in Q Magazine's list of the top 100 Greatest Singers of all time. Read more on Last.fm. User-contributed text is available under the Creative Commons By-SA License; additional terms may apply.

Mental As Anything is an Australian New Wave/rock music band who, since the late 70s have released numerous albums & singles and have produced many innovative music videos. Although they have worked in a much broader musical idiom, Mental As Anything are in many respects comparable to British band Madness, in that their music is typically delivered with a quirky, ironic sense of humour and a strong visual identity.

Uncanny X-Men formed in Melbourne as a guitar pop band in 1981 and worked the pub rock circuit. Original line-up included Chuck Hargreaves on guitar, Steve Harrison on bass guitar, Brian Mannix as lead singer, Nick Manthandos on drums and Ron Thiessen on guitar. Mannix became known for his mischievous and comical send-ups of other artists. The band was signed by Mushroom Records early in 1982 and released their debut EP Salive One in November, which peaked at #15 on the Kent Music Report. They toured Australia in support of US rock act Joan Jett and the Blackhearts.

Neil Leslie Diamond (born January 24, 1941) is an American singer and songwriter, born in Brooklyn, NY. From the 1960s to the 1980s, Diamond was one of the more successful pop music performers, scoring a number of hits. As critic William Ruhlmann writes, "as of 2001, he claimed worldwide record sales of 115 million copies, and as of 2002 he was ranked third, behind only Elton John and Barbra Streisand, on the list of the most successful adult contemporary artists in the history of the Billboard chart.

America is a light rock band, most popular in the early and mid 1970s and now best known for their #1 hits "A Horse With No Name" and "Sister Golden Hair." Comprised of Gerry Beckley, Dewey Bunnell, and Dan Peek, they were seldom a favorite with critics, but were exceptionally successful commercially selling both singles and albums. Despite the presence of other heavyweight acts like James Taylor and Rod Stewart on their roster, America was Warner Brothers Records' biggest selling act of the 1970s.

1- Black & White are Samuel Wallerstein and Yaniv Biton. Together they represent one of the biggest promises to come out of Israel. The due have invented a new Psy-style which is heavily influenced from Techno, Industrial, Electro and new wave music. Their atmosphere is unique and their story telling is one of a kind. Their debut album – "Frame by frame" was released in 2005 and since then they are touring the world and releasing tracks on many compilations of various labels such as: HOMmega, Tip world, Phantasm, Crystal Matrix, Digital Oracle, FinePlay, Sirius, Com.

Go West are a British pop group. The duo formed in London, UK in 1982, with Peter Cox and Richard Drummie. Go West quickly had a publishing deal and possessed a portastudio, but lacked a band or recording company. Peter and Richard decided, with support from John Glover, their manager, to find a musical producer, and record just two of their songs. The tracks We Close Our Eyes and Call Me found Go West developing a record deal with Chrysalis Records. The songwriting duo specialised in radio friendly, white soul sounds.

Seeing Krystle Warren perform for the first time is a striking experience. First, there is the utter improbability of it all: she shuffles onstage with little more than a low-key hello, and proceeds to sing with an effortless power that completely belies her tiny frame. Hearing her fill a crowded club without using a microphone … that’s a Voice. And then there are her vocal stylings, which feature a melisma as rich as that of Wonder or Hathaway, but put all of that technique at the service of music that has never heard such a thing – folk and country...

David Aurora is an acoustic rock artist from the Gold Coast, Australia. His songs are a mellow brand of emotive rock music conjuring up deep emotions within the listener. For more info...
http://www.myspace.com/davidauroramusic

Eagles (currently formed by vocalist/drummer Don Henley, vocalist/guitarist Glenn Frey, guitarist/vocalist Joe Walsh and bassist/vocalist Timothy B. Schmit) are an American rock band that was formed in Los Angeles, California in the early 1970s. With five Number 1 singles and six Number 1 albums, the Eagles were one of the most successful recording artists of the 1970s. At the end of the 20th century, two of their albums, Their Greatest Hits (1971–1975) and Hotel California, ranked among the ten best-selling albums according to the Recording Industry Association of America.