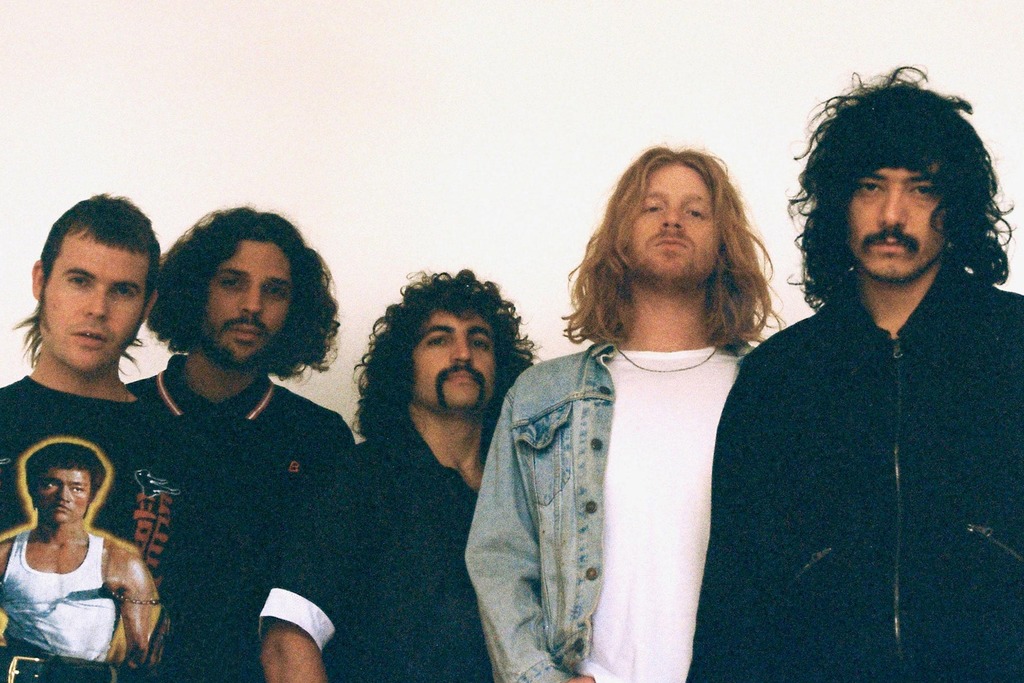 The Sydney based four and sometimes 5 piece have just released their debut, the ironically titled mini-album Extended Play.
From the inner west the band is delivering a refreshing vibe to the Australian music scene, they began when drummer Beaks and bass player Paddy, met busker Dylan, one night outside the Coopers Arms hotel in Newtown.

Dylan, fresh from N.Z. and not yet 18, was on the streets with his guitar busking for coin outside the pub. â€œWe met him,â€ Paddy says, â€œwhen the Coopers Arms bouncer started hassling us to give the dude money".

Since then the band have spent their time re-fining and re-defining their sound, a mega-hectic, psychedelic, reggae thatâ€™ll have you trading your flat screen for a ticket to ride, surrendering your dignity to your urges, throwing shapes around rooms with people youâ€™ve never met.

The Sticky sound is doused in textural, psyche-y and atmospheric melodies that push out the S.F. rhythm sectionâ€™s blunt soundscapes.

In the past 14 months the Stickies have started touring, along the way playing Woodford, Playground Weekender and New Beginings Festivals and playing with Children Collide, Urthboy, Amy Meredith, Art Vs Science & Kingtide. Already highly rated by anyone that crosses their path, the bandâ€™s live show is on the up. Read more on Last.fm. User-contributed text is available under the Creative Commons By-SA License; additional terms may apply.

There are several bands with the name (Fractal): 1) Most of the tracks you can play here are from the instrumental debut CD Continuum, released in 2003 by the San Jose CA based progressive rock band Fractal. Their website is www.fractal-continuum.com. Fractal were formed in 2000 with a strong early influence from mid-late period King Crimson, and have since developed a unique sound, often using complex time signatures. In 2008, they are finalizing the recording of their second full CD. A single track from this CD "Aftermath" was pre-released in 2007.