When you take two men and give them a smorgasbord of ukuleles, banjoleles, cigar-box guitars, cajons and a selection of triangles then you're clearly a fool. Or just possibly... the person responsible for the greatest weird instrument comedy band in the world. We don't know. But personally we like to play ukuleles, banjoleles, cigar-box guitars and various other weird instruments and try and write stupid songs on them. We hope you enjoy our efforts...

The Inbetweeners is a BAFTA award-winning British sitcom which has aired since 2008 and running three series for the television channel E4 so far. Written by Damon Beesley and Iain Morris, the show follows the life of suburban teenager Will (Simon Bird), and three of his friends at the fictional Rudge Park Comprehensive.
The show has been nominated for 'Best Situation Comedy' at BAFTA twice, in 2009 and 2010.

Leopold "Butters" Stotch (voiced by Matt Stone) is a popular fictional character in the animated television series South Park; his nickname is a play on the word butterscotch. Butters has a large tuft of blond hair on top of his head, and wears an aquamarine jacket with dark green trousers. His birthday is on September 11, as revealed in the episode "AWESOM-O." Having a birthday that's the same day as a national tragedy is just one of Butters' many misfortunes. Matt Stone speaks the lines of the character Butters with a distinctive Southern accent in a wholesome manner.

Tim Heidecker and Eric Wareheim met in 1994 as roommates and film students at Temple University. They were instant friends and remained as such after graduation. They produced a number of short, low-budget films and cartoons for their site, timanderic.com. Their short entitled “Tom Goes to the Mayor” was selected by the Philadelphia Institute of World Cinema as a short film and was included in Penn University’s Institute of Contemporary Art. In 2001, the two compiled a tape of many of their shorts and submitted it to various comedic heros of theirs’, including Mr.

Eric Reed Boucher (born June 17, 1958) is more widely known by the stage name Jello Biafra. A punk rock musician, political activist and owner of an influential record label, he is best known for his time as the lead singer and song writer for San Francisco punk band, the Dead Kennedys. After his time with the band concluded, he continued as a musician in numerous collaborations and as a spoken word artist. Through his record label, Alternative Tentacles, he released many of his own recordings. Politically, he is a member of the Green Party and actively supports progressive political causes.

Team rocket has two meanings:
1. A villainous team from pokemon. The most famous of this teams members being the trio of Jessie, James and Meowth 2.Team Rocket is a Swedish rockband formed in 2005, by singer Frankie Vanceman and gutarist Waylon Brutus. In early 2007, their debut album called "Team Rocket" was finished and is a blend of hardrock, and more straigtforward rock in vein with bands such as Red Hot Chili Peppers and U2.

Ever since his first temper tantrum, Bo knew he wanted to perform. After an awkward “athletic” phase, he started dedicating his time to school theater. He continued to nurture his love for performance, receiving rave reviews from countless relatives. Bo chose to attend an all-boys catholic high school, thus giving his nickname “theater queer” some additional validity. During the fall of his junior year in high school, Bo started teaching himself how to play piano and guitar. 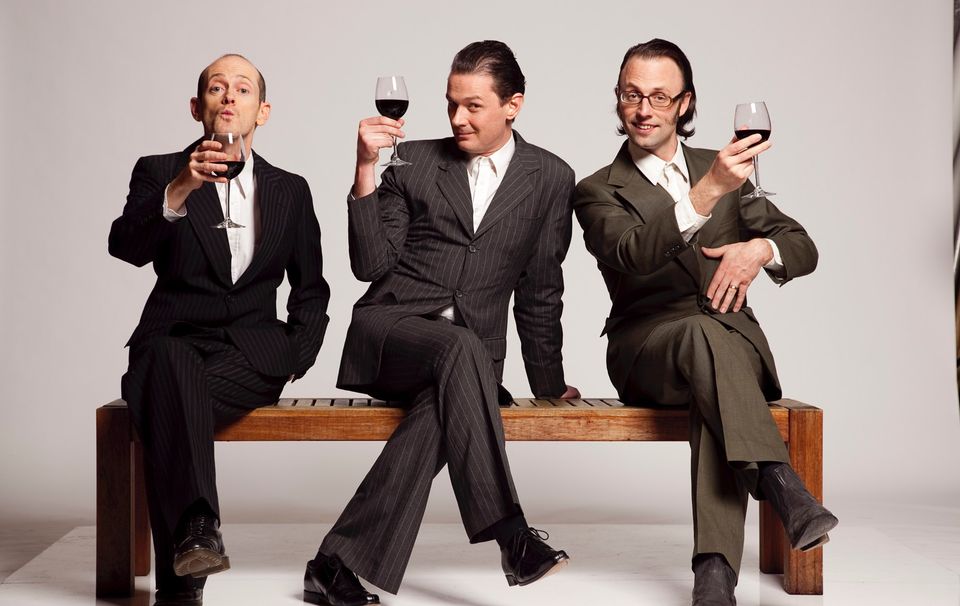 There are at least four artists with the name Tripod: 1) Tripod are an Australian comedy band from Melbourne, who are slowly making themselves known elsewhere. They have a small following in the UK and a trickle of fans in the USA. Tripod consists of Scod, Gatesy and Yon. They're well known for their 'Song In An Hour' challenges on Australian radio station Triple J. Once a week they appeared on the morning show with Wil Anderson and Adam Spencer and were given a list of 'ingredients' from the listeners. They would then have only an hour to write a song containing all those ingredients.

The Rubberbandits are the award-winning comedy hip-hop duo of Blindboy Boat Club and Mr. Chrome from Limerick, Ireland. Primarily a satirical stage and television act, they have performed throughout Ireland, the UK and USA with shows at events such as Electric Picnic, Oxegen and the Bulmers International Comedy Festival. The Rubberbandits have won awards for both their music and Comedy. In 2011 the Duo were declared "Best Irish Act" at the entertainment.ie awards, beating competition from such acts as Villagers, Fionn Regan and The Script, and also won an IFTA award for their television work.