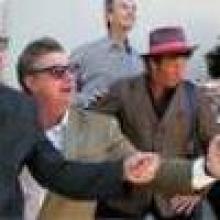 Mental As Anything is an Australian New Wave/rock music band who, since the late 70s have released numerous albums & singles and have produced many innovative music videos. Although they have worked in a much broader musical idiom, Mental As Anything are in many respects comparable to British band Madness, in that their music is typically delivered with a quirky, ironic sense of humour and a strong visual identity.

Upcoming Events for Mental as Anything