John Cale (b.1942) is a Welsh musician, composer, singer-songwriter. and record producer. Born on 9th March 1942 in Garnant, Wales, Cale spoke only Welsh until the age of seven, when he began to learn English at school. He went on to study viola at Goldsmiths College, University of London, where he became involved in avant garde music. He travelled to the U.S. to continue his studies, thanks to the help and influence of Aaron Copland, and met and worked with various avant garde composers, including John Cage.

Sarah Blasko (born September 23, 1976) is an ARIA Award winning Australian musician. She was born in Sydney soon after her family returned from French-speaking Réunion where her parents had been missionaries. An original and largely self-reliant musical artist, Blasko is known for her writing and production skills, as well as her unique voice and stage presence. Blasko was first heard in the mid-1990s fronting Sydney band, Acquiesce, after an initial tour of France with founding members Dave Hemmings, Paul Camilleri, and her sister Kate Halcrow.

Don McGlashan is a New Zealand musician and songwriter who has been a member of bands such as The Plague, From Scratch, The Whizz Kids, Blam Blam Blam, The Front Lawn, and The Mutton Birds. He composed several pieces for the Limbs Dance Company. McGlashan won the 'Best Song' award in the 1982 New Zealand Music Awards, for the Blam Blam Blam song Don't Fight It Marsha, It's Bigger Than Both Of Us.

<a href="http://www.last.fm/music/David+Byrne" class="bbcode_artist">David Byrne</a> and <a href="http://www.last.fm/music/St.+Vincent" class="bbcode_artist">St. Vincent</a> collaborated on the album "Love This Giant". David Byrne and Annie Clark of St. Vincent began working together in late 2009, using a process that Byrne had previously used on his 2008 collaboration with Brian Eno, "Everything That Happens Will Happen Today." The <a href="http://www.songfacts.com/detail.php?id=27165" rel="nofollow">Who Songfacts</a> reports that Love This Giant was recorded in Hoboken, N.J. over a two-year period and features 10 songs co-written by the two musicians, with each one fully penning one additional track. The duo had previously played together live at a St. Vincent show and on the album Here Lies Love.

Breanne Düren (born Breanne Elizabeth Durenberger on October 8, 1987) is an American singer from Burnsville, Minnesota. She is best known for being a part of Adam Young's music project Swimming With Dolphins, and for her work with Owl City. She can be heard on the songs "The Saltwater Room", "On The Wing" and "Air Traffic" by Owl City. She is also featured on the songs "Summer" and "Take Me Home Tonight" by Jamestown Story. Breanne Düren released a self-titled full-length album in 2008. Her upcoming EP entitled "Sparks" is coming out on May 3rd and is available for pre-sale on her website. 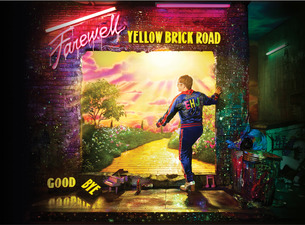 His tribute single "Candle in the Wind 1997", rewritten in dedication to Diana, Princess of Wales, sold over 33 million copies worldwide and is the best-selling single in the history of the UK and US singles charts. He has also composed music, produced records, and has occasionally acted in films. John owned Watford Football Club from 1976 to 1987, and 1997 to 2002. He is an honorary Life President of the club, and in 2014 had a stand named after him at the club's home stadium.

Raised in the Pinner area of London, John learned to play piano at an early age, and by 1962 had formed Bluesology. John met his songwriting partner, Bernie Taupin, in 1967, after they had both answered an advert for songwriters. For two years they wrote songs for other artists, including Lulu, and John also worked as a session musician for artists such as the Hollies and the Scaffold. In 1969 his debut album, Empty Sky, was released. In 1970 a single, "Your Song", from his second album, Elton John, reached the top ten in the UK and the US, his first hit single. After decades of commercial chart success, John has also achieved success in musical theatre, both in the West End and on Broadway, composing the music for The Lion King (film and musical), Aida and Billy Elliot the Musical.

He has received five Grammy Awards, five Brit Awards â€“ winning two awards for Outstanding Contribution to Music and the first Brits Icon in 2013 for his "lasting impact on British culture", an Academy Award, a Golden Globe Award, a Tony Award, a Disney Legends award, and the Kennedy Center Honors in 2004. In 2004, Rolling Stone ranked him Number 49 on its list of 100 influential musicians of the rock and roll era. In 2013, Billboard ranked him the most successful male solo artist on the Billboard Hot 100 Top All-Time Artists (third overall behind the Beatles and Madonna). He was inducted into the Rock and Roll Hall of Fame in 1994, is an inductee into the Songwriters Hall of Fame, and is a fellow of the British Academy of Songwriters, Composers and Authors. Having been named a Commander of the British Empire in 1996, John was made a Knight Bachelor by Elizabeth II for "services to music and charitable services" in 1998. John has performed at a number of royal events, such as the funeral of Princess Diana at Westminster Abbey in 1997, the Party at the Palace in 2002 and the Queen's Diamond Jubilee Concert outside Buckingham Palace in 2012.

He has been heavily involved in the fight against AIDS since the late 1980s. In 1992, he established the Elton John AIDS Foundation and a year later began hosting the annual Academy Award Party, which has since become one of the highest-profile Oscar parties in the Hollywood film industry. Since its inception, the foundation has raised over US$200 million. John, who announced he was bisexual in 1976 and has been openly gay since 1988, entered into a civil partnership with David Furnish on 21 December 2005, and after same-sex marriage became legal in England and Wales in 2014, wed Furnish on 21 December 2014. On 24 January 2018, it was announced that John would be retiring from touring and would soon embark on a three-year farewell tour, which began in September 2018.

Elton John has written with his songwriting partner Bernie Taupin since 1967 when he answered an advertisement for talent placed in the popular UK music publication, New Musical Express, by Liberty records A&R man Ray Williams. The pair have collaborated on more than 30 albums to date. The writing style that Elton John and Bernie Taupin use involves Taupin writing the lyrics on his own, and John then putting them to music, with the two never in the same room during the process. Taupin would write a set of lyrics, then post them to John, wherever he was in the world, who would then lay down the music, arrange it, and record.

In 1992, John was inducted into the Songwriter's Hall of Fame. He is a fellow of the British Academy of Songwriters, Composers and Authors (BASCA). His voice was once classed as tenor; it is now baritone. His piano playing is influenced by classical and gospel music. He used Paul Buckmaster to arrange the music on his studio albums during the 1970s.

He was inducted into the Rock and Roll Hall of Fame in his first year of eligibility in 1994. He and Bernie Taupin had previously been inducted into the Songwriters Hall of Fame in 1992. John was appointed a Commander of the Order of the British Empire (CBE) in 1995. For his charitable work, John was knighted by Queen Elizabeth II on 24 February 1998. In October 1975, John became the 1,662nd person to receive a star on the Hollywood Walk of Fame.

He was awarded Society of Singers Lifetime Achievement Award in 2005. He became a recipient of a Kennedy Center Honor in 2004, and a Disney Legends Award in 2006. In 2000, he was named the MusiCares Person of the Year for his artistic achievement in the music industry and dedication to philanthropy. In 2010, he was awarded with the PRS for Music Heritage Award, which was erected on The Namaste Lounge Pub in Northwood, London, where John performed his first ever gig.

Neil Leslie Diamond (born January 24, 1941) is an American singer and songwriter, born in Brooklyn, NY. From the 1960s to the 1980s, Diamond was one of the more successful pop music performers, scoring a number of hits. As critic William Ruhlmann writes, "as of 2001, he claimed worldwide record sales of 115 million copies, and as of 2002 he was ranked third, behind only Elton John and Barbra Streisand, on the list of the most successful adult contemporary artists in the history of the Billboard chart.

Antony and the Johnsons are a Mercury Prize-winning music act from New York City, New York, United States. During the mid 90s Antony started solo; after originally producing songs with the Blacklips and other late-night cabarets he had a number of songs to work with. In 1995 he assembled a backing group, the self-styled Antony and the Johnsons, and began to focus on the musical side of her performances.

Jack Hody Johnson (born May 18, 1975 in North Shore, Oahu, Hawaii) is a singer-songwriter, accomplished professional surfer and filmmaker who has achieved critical and commercial success and a dedicated following since he first appeared on G. Love & Special Sauce's album Philadelphonic. The release of his 2001 debut album, Brushfire Fairytales further cemented his popularity and he has since released four more successful albums including 2003's On and On, 2005's In Between Dreams, 2008's Sleep Through the Static and 2010's To The Sea.