A State of Flux 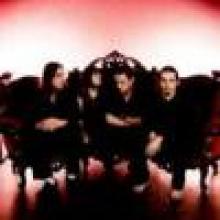 A State of Flux is a band determined to push the boundaries of modern alternative rock. Their musical style is original, intense, progressive & brooding, falling somewhere in the vast musical landscape between bands such as Massive Attack, Nine Inch Nails, Kate Bush & Tool. A State of Flux was born in 2004 in Melbourne, Australia when vocalist Roni Shewan put her vocal ideas onto a series of songs written by producer Red Black.

Upcoming Events for A State of Flux