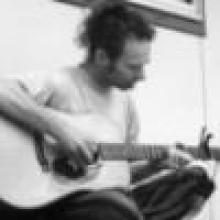 Terry Springford is a folk-pop singer-songwriter from Melbourne, Australia. In 2010, after a long hiatus from music, Terry returned to his home studio in the mountain forests outside Melbourne to record his Pretty Girls album, released in October. The album represents a departure in style for Terry as he adds a variety of electronic sounds to augment his strong songwriting and folk-pop roots. The album is available at iTunes. He's now working on a new album, "Fusion", and playing live in Melbourne. "Summer Dress" is his new single, released in April 2012.