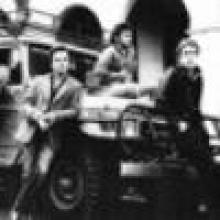 Cold Chisel produced the canonical example of Australian pub rock, with a string of hits throughout the 1970s and 1980s, and they are acknowledged as one of the most popular and successful Australian groups of the period, although this success and acclaim was almost completely restricted to Australia. The band formed in Adelaide in 1973 as a heavy metal band called Orange around keyboard player Don Walker and original bassist Les Kascmarek and while hard rock remained at the core of their sound Cold Chisel displayed a remarkable versatility.