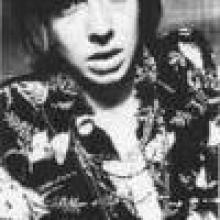 Russell Morris (born July 1948) is an Australian singer-songwriter, who had many Australian Number 1 singles throughout the late 1960s and early 1970s. His most successful song was The Real Thing, written by Johnny Young, and produced by Ian Meldrum. It was the biggest selling Australian Single of 1969, and was released when Morris was 20 years old. The song was released in two halves on a small label in the United States of America and received limited international success as a result, although it did reach #1 in large cities such as Chicago.