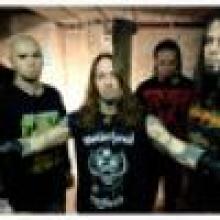 DevilDriver is a metal band from California, United States that formed in 2002. The group was started by Dez Fafara, formerly of the band Coal Chamber, as a result of frustrations stemming from the more mainstream direction his former band mates were attempting to take their music. After the demise of Coal Chamber, DevilDriver became his main focus. Their debut album, the self-titled "DevilDriver", was released on October 23, 2003 under Roadrunner Records.