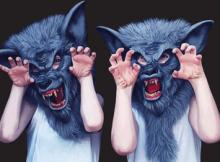 In October 2013, an official statement confirmed that lead guitarist Lorenzo Sillitto parted ways with the band

Upcoming Events for The Temper Trap