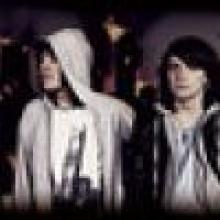 The Getaway Plan was an alternative rock band based in Australia. The band formed in Melbourne, Australia, in 2004, comprising of vocalist/guitarist Matthew Wright, guitarist Clint Splattering, bassist Dave Anderson and drummer Aaron Barnett. Their debut release was a demo in 2004. In 2006 The Getaway Plan signed to Boomtown Records and made their debut release through a label, an EP titled Hold Conversation.

Upcoming Events for The Getaway Plan