A Death In The Family

A Death In The Family 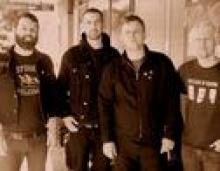 Forming in Melbourne (Australia) in mid-2004. A DEATH IN THE FAMILY play unique blend of sonic rock & melody driven punk inspired by bands like Leatherface, Husker Du and Hot Water Music. After releasing a 5-track demo EP (now out of print) in Dec 2004, ADITF have spent the past 12 months playing alongside bands such as Blueline Medic, The Nation Blue, Ted Leo (USA), The Explosion (USA), Bodyjar, Sommerset (NZ), Away From Now and were lucky enough to support Leatherface (UK) on their first Australian tour in mid-2005.

Upcoming Events for A Death In The Family