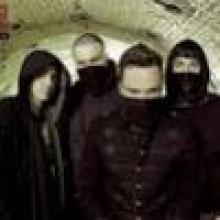 Twelve Foot Ninja are a rock band from Melbourne, Victoria. They formed in 2007. Melbourne Australia based Twelve Foot Ninja are independent and self-funded. Their music and lyrics are inspired by a story (written by guitarist Stevic) of a ninja's mission to restore balance in a world headed toward self-inflicted catastrophe. Sound familiar? Twelve Foot Ninja describe themselves as a hybrid of genres - metal, dub, yacht rock, funk and world music.