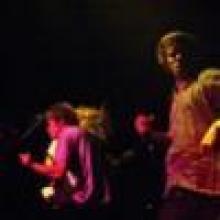 Clowns the Punk Rock band from Melbourne ,Australia has been touring non stop and writing since the start of 2009, they formed after two previous bands deceased, the musical geniuses then found each other, and which is now CLOWNS. They released there debut E.P on August 14th at the RATS Underground club in Melbourne, they have also gained alot of recognition from Triple J Unearthed and were even holding there track, Shes a Slut at a 2nd position on the charts, check out there latest E.P on there myspace at: