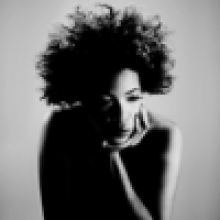 Macy Gray (born Natalie McIntyre September 6, 1967) is a Grammy Award winning neo soul/R&B singer, songwriter, record producer and actress. To date, Macy has released five studio albums, one compilation album and a live album. She has acted in a number of movies including Training Day, Idlewild, and Lackawanna Blues, Gray is best known for her international hit single "I Try", taken from her multi-platinum debut album On How Life Is. Other hits include "Sweet Baby," "Do Something," "When I See You," and "Beauty in the World."