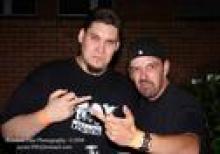 Brisbane favourite Unda Dwella is a solo rapper who's been a watcher and then active part of the Brisbane movement for over 10 years. A lover of rap since the moment he saw 'Beat Street' for the first time in grade 2 he's been obsessed ever since. Unda Dwella's stage presence and live performances have won him many supporters as well as being a strong supporter himself off the mic. Just gaining momentum and spreading beyond the river city look out for releases following the well received "Everyone Loves U.D." mixtape before year's end.