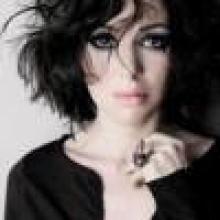 Tina Arena (born Filippina Lydia Arena on 1 November 1967, in Melbourne, Australia) is an Australian singer and songwriter. Her career began at the age of seven when she was selected as a regular performer for the music television program Young Talent Time. As a child Arena attracted attention for the power of her voice, which was considered remarkable for such a young child. She was born to Italian parents and has a sister, Nancy (born 1961). Often billed as "Tiny Tina Arena", she was seen on weekly television singing and dancing the current pop hits.