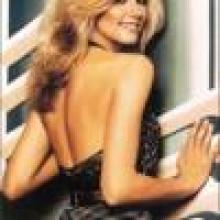 Born in Cambridge, England in1948, the youngest child of Professor Brin Newton-John and Irene, daughter of Nobel Prize winning physicist, Max Born, Olivia moved to Melbourne, Australia with her family when she was five. By the age of fifteen, she had formed an all-girl group called Sol Four. Later that year she won a talent contest on the popular TV show, “Sing, Sing, Sing,” which earned her a trip to London.