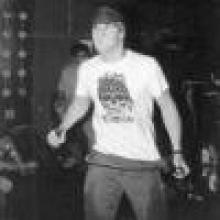 Mike Muir (born March 14, 1964 in Venice, California) is the singer for Suicidal Tendencies and Infectious Grooves. He has also released albums under his nickname Cyco Miko and has sung for No Mercy, replacing original singer Kevin Guercio, who sang for the band on the Welcome to Venice compilation. Cyco Miko released two albums on the record label Suicidal Records. The album Schizophrenic Born Again Problem Child was released in 2001, following up 1996's Lost My Brain! (Once Again) (which featured Sex Pistols's Steve Jones and future Velvet Revolver Dave Kushner).