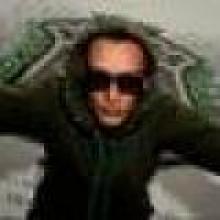 There are, at least, nine artist by this name: 1) Martinican reggae / folk musician Kali (Jean-Marc Monnerville), was born in Fort-de-France in 1959. After music studies in Paris in the 1970s, Kali returned to Martinique, where he contributed to several local bands, including 6ème Continent (Sixth Continent), which fused the traditional folk music of Martinique with reggae. Kali later decided to pursue a solo career. In 1992 Kali represented France in Eurovision Song Contest with the song "Monté La Riviè".