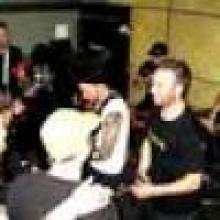 Not OK are a punk rock band based on the Gold Coast, Australia. The band is originally from Nelson, New Zealand. They moved to Auckland in 2005 and then on to Australia in 2007. They play a brand of punk rock influenced by the likes of Face to Face, The Bouncing Souls and Snuff.

Upcoming Events for Not OK