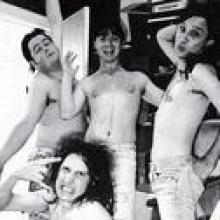 The Meanies got together in Melbourne, Australia in 1989 and immediately made a name for themselves with a succession of sold out 7" singles on the Augogo label. They continued the relationship with Augogo (home to Australian groups like Magic Dirt, Scientists and Spiderbait) with the EP "Gangrenous" and the album Come 'n' See in 1991. In this time The Meanies had established themselves as one of Australia's pre-eminent underground rock bands through cultivating a huge all-age following and upsetting the rock establishment by breaking attendance records in the nation's capital cities.

Upcoming Events for The Meanies