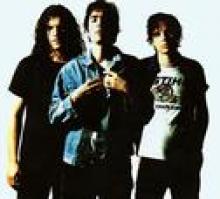 The Jon Spencer Blues Explosion (since 2004 known simply as Blues Explosion) is an American garage rock band, which was formed in New York in 1990. Singer Jon Spencer was previously the leader of the noise punk band Pussy Galore before hooking up with Judah Bauer (guitar) and Russell Simins (drums) to form the Blues Explosion, a band that was part of the 1990s alternative rock boom. This bass-less combo had their breakthrough in 1993 with the album "Extra Width" on Crypt Records. In 1994 "Orange", a more accessible album followed along with a growing base of fans.