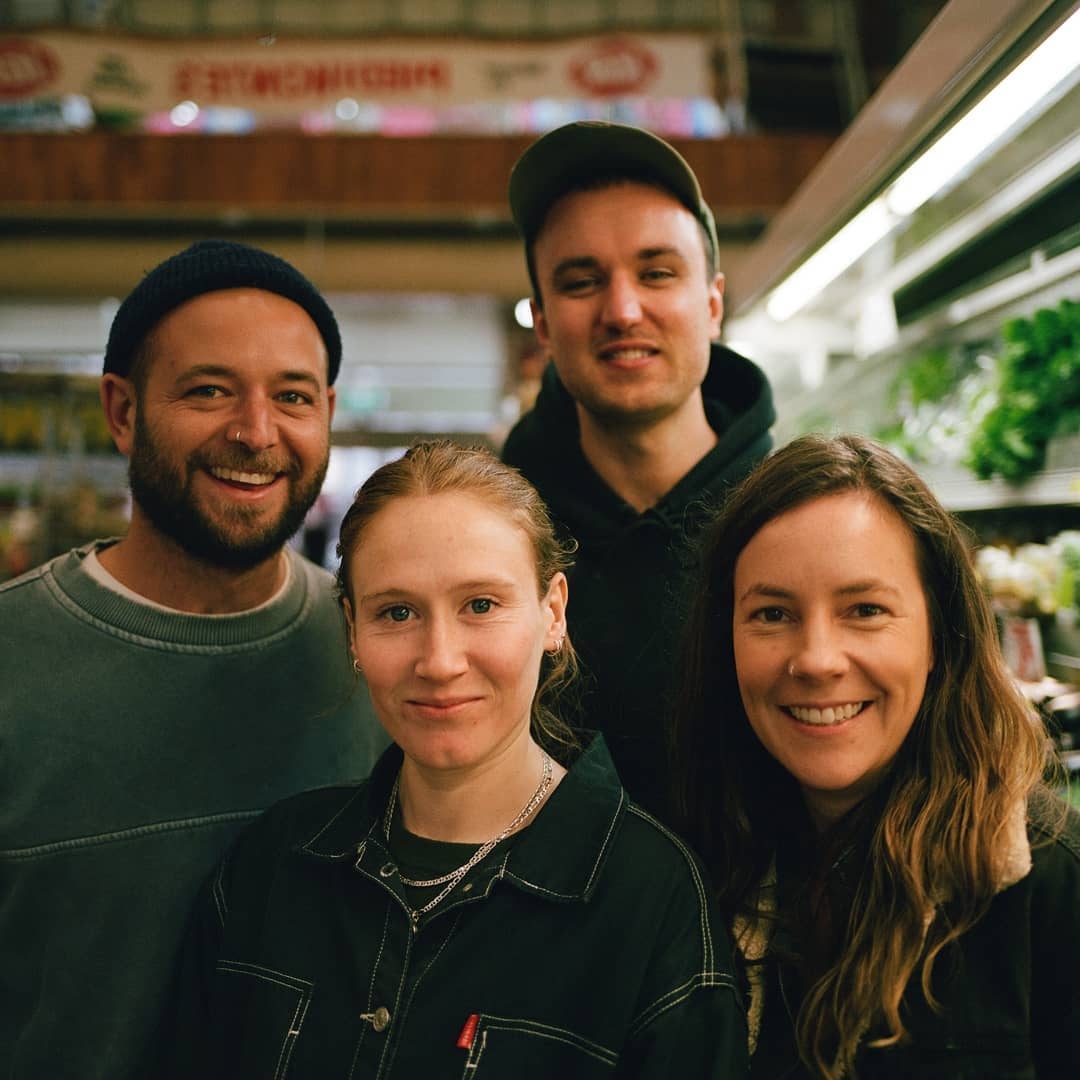 Sam, Bella, Michael and Holly are Quivers, a band which make cathartic guitar pop that jangles and shimmers somewhere between 1980s Australia and 1990s America and somehow sounds like the present. Started in Hobart before moving to Melbourne, the band first toured their life-damaged but hopeful debut, We'll Go Riding on the Hearses (Hotel Motel Records) around Australia, Canada and NZ. It lyrically deals with love and loss after losing a brother in a free-diving accident. It found its way to NPR’ Music's cult-favourite All Songs Considered who said it “turned an unimaginable tragedy into a celebration of spirit that ranks among the year's better rock albums”. NPR named Quivers a Slingshot “Best Emerging Artist” and put next single, “You’re Not Always On My Mind” on their Austin 100 SXSW preview, whilst KEXP’s John Richards described it as one of the best songs he’d heard “in years” and invited the band to perform a filmed live session in their studio. “You’re Not Always On My Mind” went on to be the most played of 2019 on KEXP’s morning show.

Live, Quivers are in their element. Austin 360 described the band as “evidence of Australia’s strength at the (SXSW) fest this year, a co-ed act … with instantly memorable choruses and a vocal sweep that sometimes included all members singing”. So far the band has performed at Dark MOFO, Panama, By The Meadow, Mullum & Grampians Music Festivals, as well as supported the likes of Holy Holy, Angie McMahon and Cloud Control. Following the SXSW2020 that never was, and the cancellation of their first 21-date tour of the USA (due to Covid-19) Quivers released their take on R.E.M’s Out of Time, commissioned by Seattle based label, Turntable Kitchen in December of 2020. Quivers are now set to release their second album in June of 2021, triumphantly and tentatively called, Golden Doubt via beloved indie labels, Spunk Records (AU/NZ), Ba Da Bing Records (US/UK) and Bobo Integral (EU/ASIA). 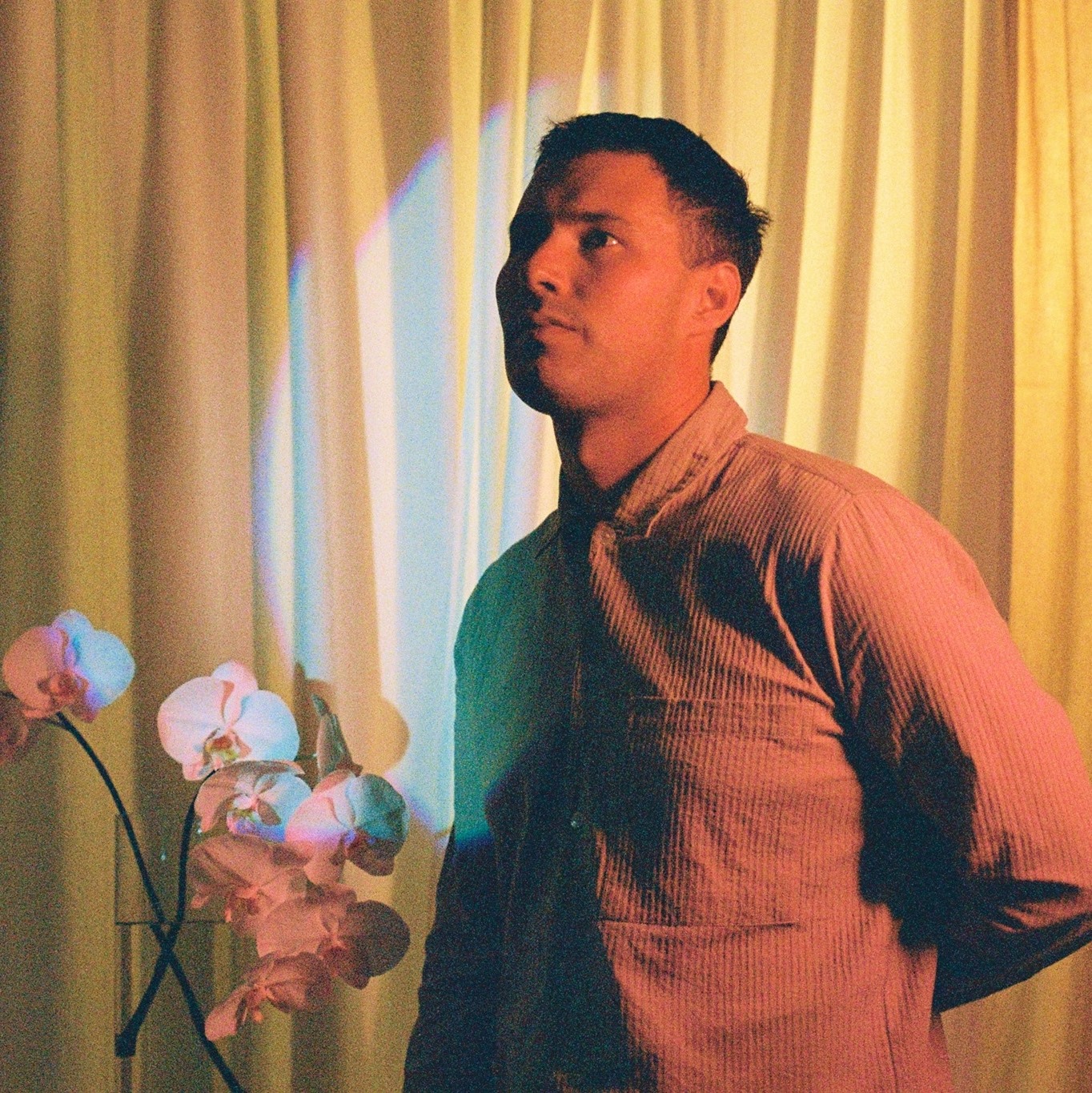 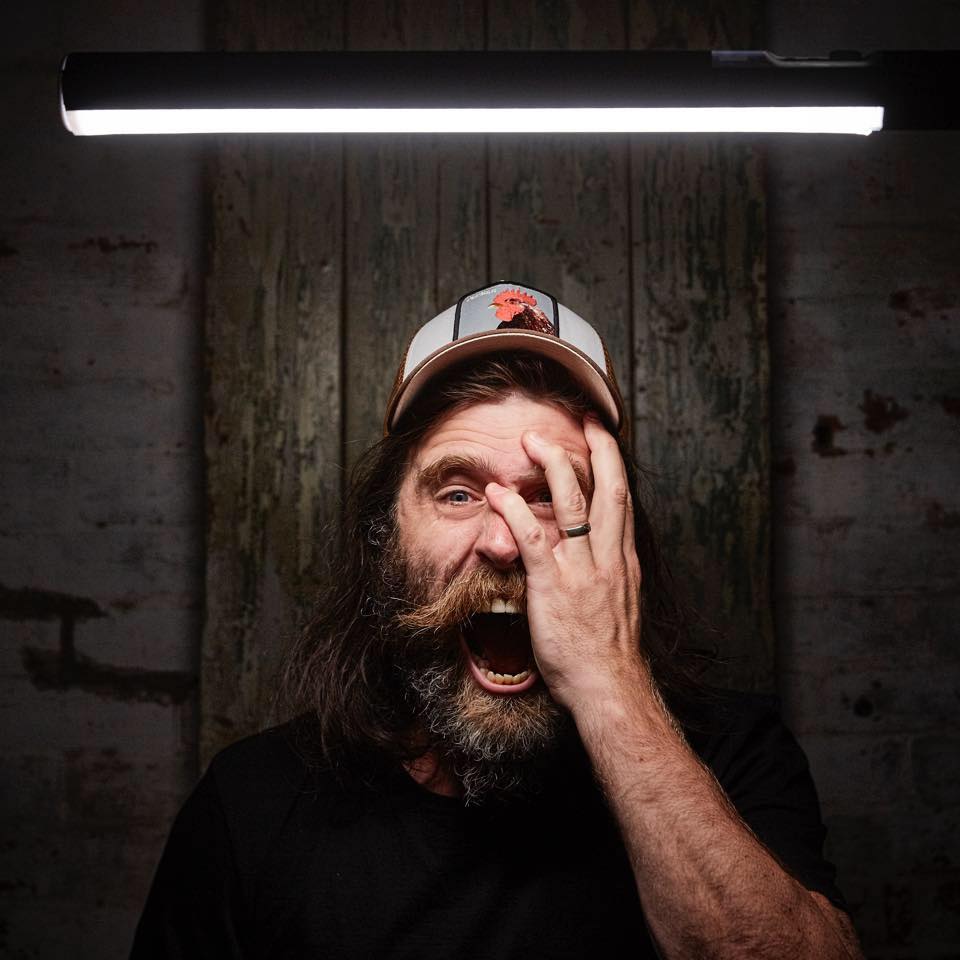 What do Jim Moginie from Midnight Oil, Steve Pigram from the Pigram Brothers, revered singer Kylie Auldist of the Bamboos and Cookin’ on 3 Burners, Mick Thomas from Weddings Parties Anything, up and coming Melbourne songstress Freya Josephine Hollick, Brian Ritchie from the Violent Femmes, Richard Tognetti of the Australian Chamber Orchestra, cinematographer Jon Frank, Aussie rock icon Tim Rogers and astounding indigenous musician and Yamatji Man Mark Atkins all have in common?

DELSINKI has joined creative forces with them all.

Shape-shifting uncategorizable post-colonialist DELSINKI may not yet be the sort of household name that such a striking nom de musique warrants, but in the last 18 months or so he’s certainly made a name for himself as the producer of KEEP THE CIRCLE UNBROKEN – a hit show paying tribute to the Nitty Gritty Dirt Band’s legendary album and Americana/Alt-country touchstone Will The Circle Be Unbroken – and SING A SONG OF SIXPENCE – a new and similarly loved series of “in the round” shows that recently completed a successful run in regional Victoria and is set to go again.

Both projects have seen Delsinki step out from his role as sideman – for Brooke Taylor in her Poison Spitting Gin Queens – and band member/songwriter – for Row Jerry Crow – into a more centrally creative role; one which brings people together to make something special. It’s something he experienced the joys of a few years back when he lucked his way into an Australian Chamber Orchestra project called ‘The Reef’ which included Steve Pigram, Mark Atkins, Jim Moginie & Brian Ritchie, and it’s clearly something he's good at.

Now Delsinki has decided to take back up another set of creative reins with the completion of his second album CITY/COUNTRY, which follows And There Was Found, No Place For Them, which was released in 2018.

Produced again by Cameron McKenzie (Mark Seymour & the Undertow), whose educated ear and fierce commitment to detail takes these latest 10 tracks by Delsinki to new heights, City/County reflects Delsinki's last few years, mixing it large with other songwriters and getting to the nitty gritty of a song. A bower bird par excellence, Delsinki's approach contains traces of author Tim Winton and painter John Brack alongside his musical influences, giving him a unique artistic vision of contemporary Australian life. Like some sort of city-bound bush poet, Delsinki sings of his environment - from carbon monoxide and asphalt plains to lockdowns and the dream of escape - and he feels the ever present lure of nature. He would seek to rewild the city, but sees the city's impact on regional areas.

Delsinki has a crack band, including Justin Brady from Things of Stone and Wood, a top notch rhythm section and vocalists Brooke Taylor and Coby Grant, all of whom share the spotlight on this stunning album. Other guests on the record include Monique Brumby, award-winning bluegrass musician Hamish Davidson, the late Dion Hirini (Vika & Linda Bull), Crowded House bass player Nick Seymour and Melbourne soul superstar Kylie Auldist who Delsinki met when she came on board Keep The Circle Unbroken, alongside Tim Rogers and Mick Thomas.

Delsinki’s music is represented by GO!/GAGA - the new home for the songs of Cash Savage, Peep Tempel, Tumbleweed and others

Gippsland boys, The Paddy Cakes are quickly forging a name for themselves with their fast-paced, high energy live shows, a contagious sense of mischief and fun, and some seriously slick sound production.
Taking influence from a range of international favourites, The Paddy Cakes have crafted an eclectic and danceable indie rock sound reminiscent of Arctic Monkeys, The Kooks and Two Door Cinema Club, whilst bringing a uniquely Australian charm to the table.
Having started creating music together in 2016 and dropping a number of tracks since, The Paddy Cakes have been hard at work refining their sound and polishing off their debut extended release which was released on March 22nd 2019.

“‘Depressing All’, brings to mind the likes of Arctic Monkeys and Two Door Cinema Club, all whilst retaining plenty of Australian charm.” – The AU Review

“The Paddy Cakes take a sound from the golden age of 00’s rock and make it their own, and we bet you will fall in love from the first listen.” – Savage Thrills

They are not a band you will easily forget with a monster stage presence and contagious attitudes. You can be sure to expect big things on the horizon.