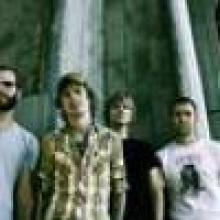 Formed by previous members of the band Tusk, the instrumental post-metal outfit Pelican formed in Chicago in 2001, by guitarists Trevor de Brauw and Laurent Lebec with sibling rhythm section Larry Herweg and Bryan Herweg (drums and bass, respectively). Owing a great debt to the pioneering band Neurosis, and often compared to Boston's Isis and Sweden's Cult of Luna, Pelican were initially signed to Hydra Head Records (whose founder, Aaron Turner, was a member of Isis).