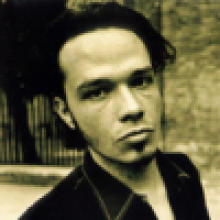 Melbourne-born multi-instrumentalist, producer, performer and songwriter Hugo Race is an eclectic and prolific artist who has lived and worked in the USA, UK, France, Germany and Italy since 1988. He was a founding member and powerful transient element of Nick Cave's Bad Seeds (1983), with whom he started working in the terminal stages of the legendary Birthday Party (he appears on five cds of the Seed's catalogue). In Melbourne he founded the Wreckery (1985) who went on to become on of Australia's seminal cult bands of the 80s, releasing with the White, Rampant, and Citadel labels.