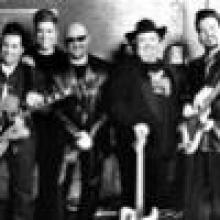 The Fabulous Thunderbirds are a blues-rock band, formed in 1974. Their original line up included guitarist Jimmie Vaughan, the older brother of the influential electrical blues guitarist Stevie Ray Vaughan. After performing for several years in the Austin, Texas blues scene, they earned a recording contract with Chrysalis Records and later signed to Arista. The first two albums released in 1979 and 1980 (with Keith Ferguson on bass and Mike Buck on drums), did not initially sell well, but are now regarded as successful white blues recordings.

Upcoming Events for The Fabulous Thunderbirds