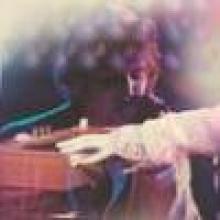 The dreamy, reverb-laden outlet of songwriter and multi-instrumentalist Trevor Powers (Boise, ID), sharing his emotions in every drop of his music, leaving no room for any sort of privacy. Debut - Eight lush arrangements that travel through his nostalgia while capturing a deep sense of yearning. Powers channels vocal and at times musical tendencies to that of baroque-pop singer Chris Garneau as well Mike Hadreas of Perfume Genius, both claimed to be influences, but develops a sound that cuts much deeper.