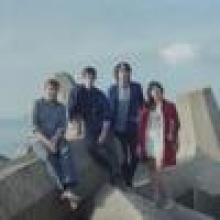 When the mother of guitarist Alister Wright banned him from playing Counter Strike and signed him up for the local musical to make some friends, Mamma Wright claimed she only did what any mother would have done. It was, however, an act of exemplary parenting that would be applauded in child-rearing manuals for years to come. From his back row position in the chorus of Pirates of Penzance, Alister could see that the production team was having issues with the shaggy-haired lighting man Ulrich Lenffer, whose need to hit things rhythmically made him useless at following the directors cues.