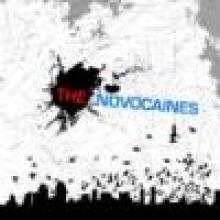 There are 2 bands called "The Novocaines"
1. An Indie/Alternative band based in Cwbran, South Wales and the Forest of Dean
2. A Rock/Blues band from Northam, Western Australia loosely based in Perth 1. Band Members:
Matt Robertson - Vocals/Guitar
Gareth Emanuel - Guitar
Brett Mahoney - Bass Guitar
Jon Cook - Drums The Novocaines are signed to Clean Living Records.ltd and are scheduled to play a headline tour of Italy with MTV Europe later this year. After recording their first E.

Upcoming Events for The Novocaines