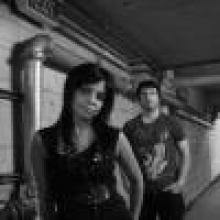 Husband and wife team, Rich and Sarah Wood met through being in a band together and are continuing the dream together 9 years on. They teamed up with Drummer Shane Tinetti in 2007 and recorded their debut album in 2010. Their music is influenced by such Artists as Paramore, Evanessence, Foo Fighters, Creed, Smashing Pumpkins, Brook Fraser, U2. Lyrics are personal, poetic and relatable.
Its Rock, its Alternative, its passionate, its inspiring, its honest, its catchy and its creative and original.

Upcoming Events for Days Between