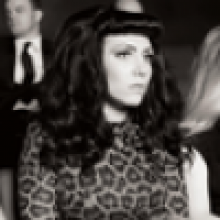 Hard hitting rhythm and blues nine-piece, Clairy Browne & the Bangin' Rackettes, released their debut album in November, 2011. With launch parties announced in Melbourne, Sydney and Brisbane, CB/BR are never ones to shy away from a full-blown production. These very special evenings will be reminiscent of the old school dancehall party days, where the hair is high and the music is sleazy. The record has been in the making for two years and was recorded with and produced by the gifted, Steve Schram (Little Red, Little Birdy, Cat Empire, Eagle and the Worm, Ground Components).