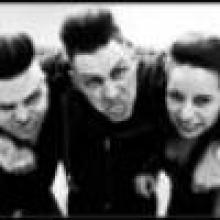 Nekromantix are a <a href="http://www.last.fm/tag/psychobilly" class="bbcode_tag" rel="tag">psychobilly</a> band that formed in <a href="http://www.last.fm/tag/copenhagen">Copenhagen</a>, Denmark in 1989. The Nekromantix were formed in 1989 in Copenhagen by Kim Nekroman after he left the Danish Navy, in which he had been a submarine radio operator. Deciding to launch a new career in music, he initially played drums in a rockabilly band prior to the foundation of Nekromantix.