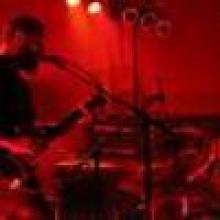 Eagle Twin is a two-man doom metal / sludge outfit from Salt Lake City, Utah, United States formed in 2007 featuring Gentry Densley (Ascend, Iceburn) on baritone guitar / vocals and Tyler Smith (Form of Rocket) on drums. Behold the debut album from Eagle Twin. Although Eagle Twin is a very new entity its helmsman: Gentry Densley is no stranger to innovative, heavy music. Densley was the musical visionary and leader of the legendary jazz, prog, rock, metal, hardcore group Iceburn (aka The Iceburn Collective) from 1991-2001.