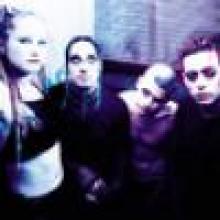 Coal Chamber is a Nu-Metal band from Los Angeles, CA, USA formed in 1995. They enjoyed some mainstream success in the mid to late 90's during the nu metal boom which they, along with bands like KoЯn helped create. The band gained a large following early in their career, arguably because they were one of the first 'darker' themed nu metal bands. Coal Chamber signed to Roadrunner Records and recorded their first album (both in 1996) for their self-titled debut in 1997.