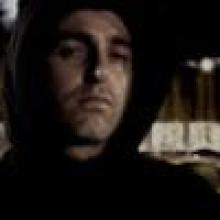 Brad Strut is an MC from Melbourne, Australia. He made his name through radio appearances in the early 90s and appeared on early releases from Bias B, Trem and Boney Stoney (Bias B and Brothers Stoney). His debut album "The Authentic" was released in 2001, after which he went on to form the Lyrical Commission with Trem and Bob Balans. LC released their debut "The Stage is Set" in 2002 and followed it up with the "Murderous Metaphors" EP in 2004.