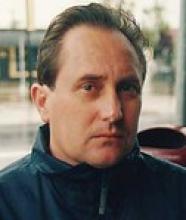 GB is Glenn Bennie, a driving force behind the Underground Lovers, one of Australia's most innovative bands of the '90s. GB3 refers to the collaborative nature of the album - in the studio at any one time were Glenn, his studio off-sider Tim Prince, and a guest vocalist or musician. The collaborators are a mix of Glenn's musical heroes (including Steve Kilbey and the late-great Grant McLennan) and the hottest new stars in Australian independent music (including Sarah Blasko and Sianna from Love Outside Andromeda).