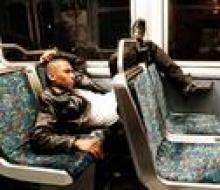 [1]
Miguel is an RnB / Neo-Soul singer-songwriter signed to Jive. Miguel comes from San Pedro, CA and is now recording in L.A. In 2009 he released a free mixtape online "Miguel-Mischief the Mixtape"
[2]
Miguel is also a finnish rapper, hailing from Kouvola, Finland. His debut album "Timantin Palasia" was released in 2010. http://www.myspace.com/miguelmusiikki (In finnish).
[3]
Miguel is also a Birsbane swing band.